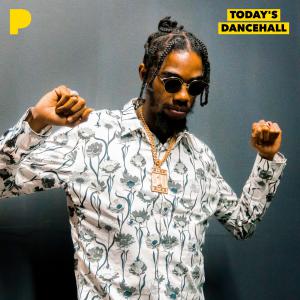 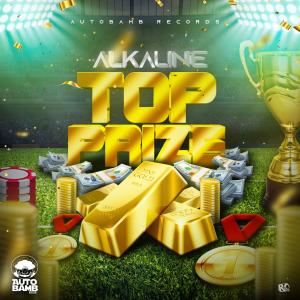 MANHATTAN, NEW YORK, USA, February 12, 2021 /EINPresswire.com/ — Since his debut in 2011, recording artiste Alkaline has consistently surpassed his peers and raised the bar for those working in the reggae-dancehall genre. Musicians to media, fans and entertainment executives globally have stopped to take note of his artistry and success which to date is unquestionable.

With his 2016 debut album release “New Level Unlocked”, peaking at #1 and spending 18 weeks on the Billboard Reggae Album coveted charts, he is one of the foremost musical acts redefining the genre. Now, 5 years later after proudly gaining hundreds of millions of streams across all DSP, the Billboard charting artiste will release his second album “Top Prize” during the early weeks of Spring 2021.

Now on the day of Alkaline’s album announcement with single release, US music streaming platform Pandora gives the Jamaican Superstar the cover of two of their flagship reggae-dancehall playlist namely “Today’s Dancehall & New Reggae” Now which both spans approximately 1 million US customers monthly.

The 14-track album which will further demonstrate his creativity, growth, and unforgettable presence as a lyricist, is guaranteed to secure all the accolades attributed to his debut project, even more. Unstoppable since his meteoric rise to the top shelf of Dancehall, amidst mounting opposition and constant criticism, Alkaline, is the most successful influential independent artiste to emerge from the Caribbean in recent history. His upcoming album will showcase his mastery of the field in a time when innovation seems to be low.

“This album is timely as with my experiences, the lessons learned and growth overtime, it is only fair that I bring everything full circle. All the Detta fans who have been a part of the movement from day one will appreciate it and even those who have just come to realize the fact will enjoy it… It bad! Lol” Alkaline states.

Strategic in his mysterious persona, he has spent time focused on what matters – music and memorabilia, releasing tracks with accompanied visuals throughout 2020 with much fanfare. Alkaline commands a sizable presence on digital platforms in markets such as the USA, UK, Africa, Canada, and Latin America.

Evidence of this is seen in his continued record-breaking statistics for the genre with a strong millennial and gen-z fanbase, topping multiple charts with equally impressive single sales and streaming numbers. This, as he says, is all part of his empire.

“Alkaline offers various merch options to fans through his online retail store www.Dettastore.com and he will be performing in Tampa Florida on February 20th. We encourage fans to purchase/stream the lead single ‘Top Prize’ as we gear up for the album whilst checking out the variety of options from masks to t-shirts as they prepare to attend the concert” states Shuzzr, Alkaline’s publicist.

By any indication, his next project undoubtedly will receive the same level of success he is already known for. His previously released visuals for ‘Nah Fi Like’, ‘Ocean Wave’, ‘Incognito’; ‘We Up’ and ‘Cree’ in 2020 have millions of views; high chart placement, complimenting the success seen on the audio tracks as well.

In true Alkaline fashion, the artiste has made available the lead single for the upcoming album, as he continues to work with and support both established and upcoming producers in the industry. The single, which is coined off the album’s name, Top Prize is currently available on all digital streaming platforms (https://lnk.to/topprize).