Up and Coming Hip-Hop Artist Kiron Announces the Release of His Debut Album, “Head Start” 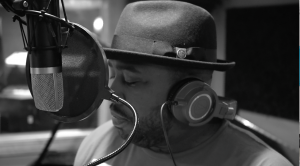 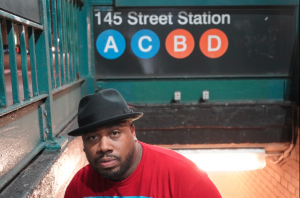 NEW YORK, NEW YORK, UNITED STATES, January 19, 2021 /EINPresswire.com/ — Every now and then an artist emerges on the music scene, breaking the norm for their genre, and creating a whole new sound all their own. When classic sounds are given new life, accompanied by lyrics that inspire meaningful change on both a personal and societal level; music becomes so much more than meets the eye. The latest artist to achieve this stature is Kiron Rasheed with his upcoming album “Head Start”, dropping January 21, 2021 at Midnight on the most popular digital stores around the world like Spotify, Apple Music, iTunes, Amazon Music, and about 180 stores in total.

Growing up in the golden age of Hip Hop, Kiron’s style and delivery are reminiscent of the timeless New York underground scene that produced many Hip Hop giants and is to be respected. Kiron’s own sound takes elements from these giants and adds something fresh and unique for a result unlike anything today’s music fans have heard before. Each song takes the listener on a journey through Kiron’s life, with vivid storylines, masterful imagery, and poetic lyrics that touch on social issues, spirituality, and insightful narratives designed to create a conversation beyond the album.

Kiron Rasheed truly brings a beautiful balance between profound lyrics and innovative sound. Building off of his upbringing and culture in New York, Kiron puts a lyrical emphasis on first hand experiences, posing existential questions based on events such as 9/11, war, racial inequality, Coronavirus, class division and everything in between.

Renowned for his voice and flow, Kiron’s approach to music is a breath of fresh air in an industry saturated with redundant sounds and themes. Set to become an instant classic, “Head Start” has been thoughtfully crafted to be an album where no song will be skipped, leaving the listener yearning for more. Each song is a musical and lyrical journey; from the streets of New York to the corners of the mind.

Kiron makes the listener question what they believe, and why they believe it. What is ones legacy? Where is one’s pride? Where have you been and where are you going? The brilliance of the parallels in each track is palpable, bringing to light social and local issues plaguing communities all over the nation. Tracks such as “No More” communicate an audibly emotional expression of exhaustion with current societal norms that prey on minorities and marginalized communities.

Backed by Rock & Throne Recordings, Kiron Rasheed released his first single from the album, “Ba Lee Dat” featuring Barry Black on October 30, 2020, and received immense praise from both the media and the public. One reviewer writes, “The production quality is better than what you hear on 99% of indie, and even the most major label, hip hop songs”. Another reviewer praises the purpose-driven lyricism, proclaiming, “His lyrics take a front seat and make cogent, powerful points worth considering”.

Through proof of concept, dedication to the craft, and unwavering commitment to self-expression through music; Kiron’s purpose-driven vision has come to fruition with the release of “Head Start”, available January 21, 2021 at 12am on Spotify, Apple Music, iTunes, Amazon Music, and about 180 stores in total.

To learn more about Kiron and “Head Start”, please visit

Kiron R. Dawkins is an American Musician, Emcee, Producer, Songwriter, Singer, Entrepreneur, & Philanthropist. Better known to the public as Kiron or Kiron Rasheed, Dawkins began writing and composing songs at a very young age. Inspired by instrumentation and insightful lyrics, Kiron grew up with a profound sense of belonging to the music space and sought to leave his mark on hip-hop through his innovative sound while simultaneously creating a conversation through poetic lyrics.