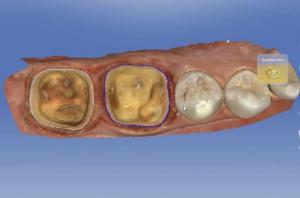 NEW YORK, NY, UNITED STATES, September 4, 2020 /EINPresswire.com/ — Education is the gateway to opportunity. It can allow people of varying social and economic statuses to advance through increased earning, networking, and more. Former Columbia Dean Tom Harford is now a consultant who specializes in learning solutions for individuals. One group of individuals in which he takes a particular interest are those currently incarcerated.

Tom Harford helps create educational programs for incarcerated and formerly incarcerated individuals. He recently explained how prison education systems are an essential part of reducing recidivism and keeping these individuals from returning to the prison system once they’ve served their sentences.

“Unfortunately, education is currently being denied to a major portion of those currently in the prison system,” former Columbia Dean Tom Harford said. “Only about one-third of state prisons are offering college-level classes and less than 10 percent of the nation’s prison population has access to them.”

Tom Harford explained that receiving a quality education is something that is becoming nearly impossible for those in the prison system to do, as funding is continuously reduced. The funding is not available to provide the materials these students and programs need to succeed. Tom Harford added that this is leading to an alarming number of formerly incarcerated getting rearrested shortly after being released. Almost 50 percent of those released are arrested again within eight years. Nearly half of those arrested return to incarceration.

“We’re seeing countless statistics and studies supporting the idea that the more educated the former prisoner is, the less likely they are to commit another crime and return to the prison system,” Tom Harford said. “Those who never graduated high school are the most likely to be arrested again.”

Former Columbia Dean Tom Harford cited another study by the RAND Corporation stating that incarcerated individuals who took part in educational programs while in the system were 43 percent less likely to be rearrested and return to prison. Even more, Tom Harford stated that prisons offering college-level programs experience less violence. This means the prisoners and staff enjoy a safer, healthier living or working environment.

Tom Harford added that the incarcerated, and society as a whole, see a number of additional benefits associated with the implementation of prison education systems. He stated that these benefits include superior health outcomes, increased personal income, increased volunteerism, and lower unemployment.

“The upfront funding turns a lot of politicians and officials away from the idea of supporting prison education systems,” former Columbia dean Tom Harford said. “But those short-term expenses result in major long-term societal and economic benefits.”

Tom Harford explained that when taxpayers spend $1 on the pursuit of prison education, they save between $4 and $5 that would have been used on incarcerating an individual. Education is the key to helping these individuals become productive members of society, reducing crime, and putting more money in the pockets of all consumers.