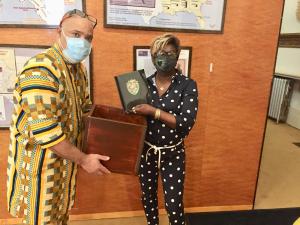 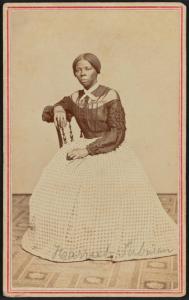 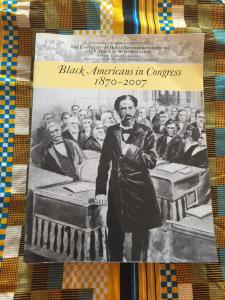 Man hopes time capsule will be a lasting tribute to African Americans and bring a wave of healing in the United States of America for race relations.

I hope this time capsule will be a lasting tribute to African Americans and bring a wave of healing in the United States of America for race relations.”
— Don Victor Mooney

A kitchen magnet of a mural featuring the image of Harriet Tubman on the side of the Harriet Tubman Museum & Educational Center in Dorchester County, Maryland, where Tubman was born and lived in slavery for more than 25 years; Key to the City Don Victor Mooney received from the Mayor of Ocean City Maryland and City Council, a journal of the Lewes (Delaware) Historical Society, Newspaper from the Daily Challenge (Brooklyn, New York), the Nations only Black Daily.

A proposed bill has been sent to U.S. Congressional members last year to rename the Virginia Inside Passage to the Harriet Tubman Waterway. History doesn’t record Harriet Tubman using this route. Wherever their was a waterway, it was an escape route for the enslaved. The Virginia Inside Passage, along with several bays located in Virginia, Maryland and Delaware was the corridor for freedom along the Eastern Shore of Delmarva Peninsula and saw countless enslaved Africans take this route to emancipate themselves from the shackles of slavery. This would be an honor for one of America’s favorite trailblazers.

The time capsule has Goree Challenge memorabilia. History tells us that in 1595, the Spanish brought enslaved Africans to the present day St. Augustine, Florida. In 1619, 20 and Odd Negroes arrived in Point Comfort, Virginia. Don Victor Mooney was the first and only African American to row from the coast of West Africa to Brooklyn, New York. He followed one of the many transatlantic slave routes, and has donated mementos during the course of a ten year period to row the Atlantic Ocean. For Don Victor Mooney’s transatlantic row, St. John Paul II gave him a blessing at the Vatican on World AIDS Day in 2004.

Additional items from Equatorial Guinea are encouraged to join this historic symbolism for the 400 Years of African American History.

Among other things, Dickies has supplied Don Victor Mooney with pants, shirts, shoes, jacket, and miscellaneous items for his trip to Equatorial Guinea. Dickies is the world’s leading performance workwear brand, has provided workers with durable, functional and comfortable workwear since 1922.