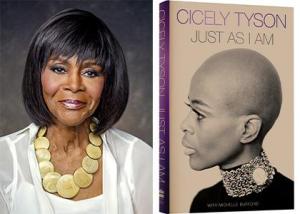 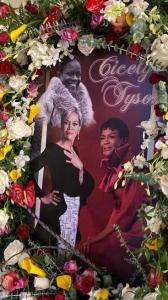 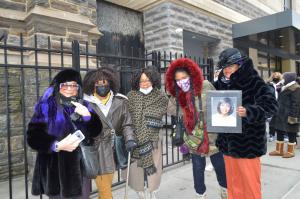 HARLEM, NEW YORK, UNITED STATES, February 17, 2021 /EINPresswire.com/ — Cicely Tyson lies in state in the Sanctuary of the Historic Abyssinian Baptist Church where she was a long-time member. Long Lines of Church Members and the Harlem Community as well as fans from all over the world gathered with her family to pray in spirit and love for their Queen Cicely L Tyson.

Her family has attended this church for decades, it provided strength and guidance throughout their lives.

This tribute worthy only of a Harlem Queen was hosted by her temple of worship for over 30 years, the Abyssinian Baptist Church of Harlem New York. This iconic Church was pastored by first New York Black Congressman Adam Clayton Powell Jr, and now pastored by Dr. Reverend Calvin. O. Butts III.

Purple was one of her favorite colors. The exterior gates of the Church were drape with purple crinoline lacing green garlands against the stark black church gates as thousands of mourners from the church, community, and around the country and the world primarily lined up to view and pay their last respects. Cicely Tyson was born and bred in Harlem and never forgot her roots. The color was purple as Cicely Tyson lie In state in the church dressed and adorned in a deep purple designer satin suit. The church interior was majestically adorned with the same magnificent deep purple floral arrangements. Cicely Tyson was as beautiful, regal, and commanding as she lies in state for her final curtain call; a job well done.

The community followed the protocol of temperature taking upon entry, hand sanitizing, and mask-wearing as they were led by Abyssinian Baptist Church Ushers and representatives of the renowned Benta’s Funeral Home of Harlem, who eloquently and classically staged this historic Harlem funeral. Benta’s Funeral Home Directors encouraged all who wished to share with the family their condolences and blessings on an I pad on a stand in the Sanctuary next to a larger-than-life picture of Black Jesus; “Glory Hallelujah to Our God. Members of the community and church were then ushered past a larger-than-life poster of Cicely Tyson’s memoir book “Just As I Am” released just two days before her death in an interview conducted with Gale King of CBS This Morning in the same Abyssinian Baptist Church Sanctuary. “Blessed Assurance” what a tribute and grand home going for Abyssinian Church Queen Cicely Tyson.

Ms. Tyson will be put to rest in a private family ceremony today at the Abyssinian Baptist Church in Harlem.