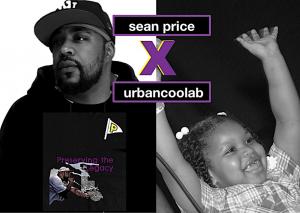 NEW YORK, NEW YORK, USA, March 16, 2021 /EINPresswire.com/ — In partnership with BUCKTOWN USA, Urbancoolab’s Artificial Intelligence design platform has created capsule collection to honor the life and times of legendary rapper, Sean Price. As a charitable highlight, 100 percent of the net proceeds from the capsule will be used to start a college fund for Price’s daughter, Shaun. #Sean4Shaun

Sean Price, aka Ruck, was known by those in the industry as a New York rap king whose vocal delivery and cleverly-stacked rhyme patterns helped define early 2000s era rap. Price rose to prominence as one half of the rap duo Heltah Skeltah alongside Rock; both of whom also belonged to the larger Boot Camp Clik collective. Together, Rock and Ruck went on to release a total of three full-length albums, after first catching some shine on Smif-N-Wessun’s debut project Dah Shinin. All the while continuing to make music with both Heltah Skeltah and BCC, Price finally broke out on his own to debut Monkey Barz in 2005, which peaked to number 70 on the Billboard Hip-Hop Chart. The New York icon followed up his solo debut with two more projects (Jesus Price Supastar and Mic Tyson), both of which also found a home on the Billboard 200 chart. Cut short in the prime of his career, Sean’s impact on the rap game is impossible to overstate. In many ways, the rapper helped bridge the gap between the rap legends of yesteryear with the up-and-coming rhyme spitters of today. On August 8, 2015, Sean tragically lost his life, and is now survived by his wife and three children.

On March 17, 2021, Sean Price would have celebrated his 49th birthday. To commemorate this special day, his team partnered up with urbancoolab to build out a capsule collection dedicated to the man himself. “Preserving the Legacy” is a concise offering meant to honor Sean Price’s past in such a way that sets the stage for his family’s future. urbancoolab’s STiCH platform spliced poetic imagery of the rapper performing onto a set of hoodies, long-sleeve crewnecks and tees. One such item fronts an image of Price posing on stage with his daughter along the front, with the back shining a spotlight on the phrase, “I leave that rap shit outside.” Taken from the track “Price Family,” the lyrics allude to Price’s most coveted role in life; being a loving husband and father. Urbancoolab thought to honor Sean Price’s life by keeping intact what he fought so hard to preserve. As a charitable highlight, 100 percent of the net proceeds gained from the capsule will be used to start a college fund for Price’s daughter, Shaun. #Sean4Shaun

Previous HIP Video Promo presents: Jake Inzerra comes face to face with his battles in new music video “WHATCHUGOT”
Next Should we be concerned about United States corporate debt levels?