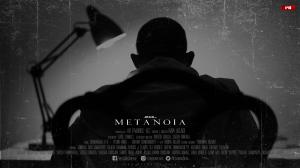 Ra’s Metanoia is a periodic drama film with fictional elements to chronicle the story based on true events of Mohandas Karamchand Gandhi’s life.

NEW YORK, NY, UNITED STATES, August 15, 2020 /EINPresswire.com/ — In tribute to the father of the nation on the 15th August, India’s independence day, an online trailer for new film Ra’s Metanoia, an imaginative and allusive retelling of M.K.Gandhi’s life directed by award winning Indian American filmmaker Ram Alladi, offers a new twist on a well told life, and is already drawing a considerable buzz.

Ram Alladi grew up fascinated by M.K.Ghandhi, and by his hold on the Indian psyche, and, while trying to write a screenplay of M.K.Ghandhi’s memoir ‘Magic Spell of a Book’ he felt he needed a fresh approach to a well told story. Thus Ra’s Metanoia was born, a sumptuous cinematic feast which captures the life of M.K.Ghandhi and his philosophy in a non-linear narrative which explores the father of the Indian nation’s philosophies, from childhood to his untimely death in 1948, through rich imagery, an immersively authentic Indian soundtrack and allusive and cinematographically stunning symbolism.

Alongside the retelling of the well known historical elements of M.K.Ghandhi’s life, Alladi weaves in a meta narrative touching on Quantum physics and the mysterious concept of the Einstein-Rosenberg Bridge, staying true to the philosophies of M.K.Ghandhi but exploring new paths in telling his story that no filmmakers have explored before.

Ra’s Metanoia was entirely shot in New York and New Jersey but recreates an authentic sense of period and place through state of the art computer generated sets and convincingly vintage cinematography. Alongside the sumptuous visuals, celebrated composer Bharadwaj V Komaragiri has composed a soundtrack entirely for acoustic Indian instruments, including a recomposed version of Nobel Prize winner Rabindranath Tagore’s Ekla Chalo, one of M.K.Ghandhi’s favourite songs

The trailer for the film is already available online, and drawing considerable positive attention, while Ra’s Metanoia itself is slated for release on the 2nd October 2020.

For regular updates and more from the director, cast and crew, Ra’s Metanoia please visit at http://www.metanoia.film