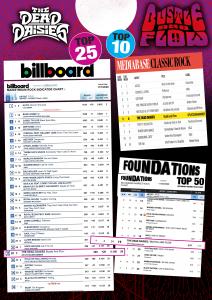 The Dead Daisies achieved their highest chart positions last week with their single “Bustle and Flow.” 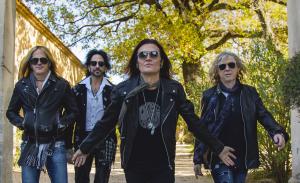 NEW YORK, NY, UNITED STATES, November 11, 2020 /EINPresswire.com/ — Millions of rock radio listeners in the United States have made The Dead Daisies’ single “Bustle And Flow” one of the bands most successful releases of all time.

The Dead Daisies achieved their highest chart positions last week on three of the country’s major Rock airplay charts. The band smashed into the Top 10 at number 6 on the Mediabase Classic Rock Chart, cracked the Top 25 with a bullet for the first time on Billboard Magazine’s Mainstream Rock Indicator Chart at 23, and broke into the Top 20 on the Foundations Rock Chart at 19.

“Bustle And Flow” was released on September 25th and quickly took off not only on the US radio charts, but has been a hit internationally, being playlisted on international Rock Radio stations such as Rock Antenne, Star FM, Planet Rock, Virgin Radio and many more across the globe and featured on dozens of Spotify and other streaming services’ playlists.

The Dead Daisies are truly rocking the planet across the airwaves to millions of new listeners and fans.

“Bustle And Flow” is the second release off of The Dead Daisies’ forthcoming album ‘Holy Ground’, available January 22nd, 2021.

ROCK IS INDEED ALIVE AND WELL!