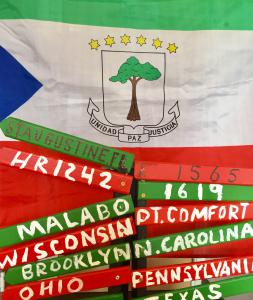 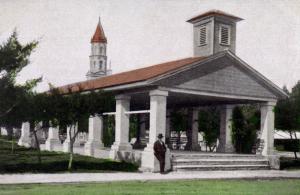 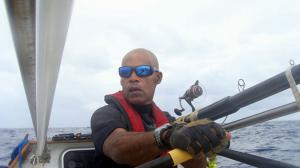 Don Victor Mooney reaches half-way point across the Atlantic Ocean in 2014 aboard Spirit of Malabo.

Being a Black man, I just had to get across to the other side”
— Don Victor Mooney

NEW YORK CITY, NEW YORK, UNITED STATES, October 11, 2020 /EINPresswire.com/ — Don Victor Mooney (55), a devout Catholic of Queens and President of H.R. 1242 Resilience Project, will culminate their yearlong activities for the 400th anniversary of the first enslaved Africans that arrived at the English colonies during 1619 in Equatorial Guinea with a time capsule.

Senior government officials from Equatorial Guinea, clergy and others will participate and contribute historic artifacts for this ceremony.

Mooney will also recognize the enslaved Africans that history records arriving in Spanish Florida. Today, this region is called St. Augustine in the State of Florida.

Historical records document the presence of Black slaves dating back to their arrival in 1565.

In the midst of this global COVID-19 pandemic, it’s a priviledge to culminate the 400 Years in Equatorial Guinea and encourage people to never give up, said Don Victor Mooney from his hotel room in Malabo, Equatorial Guinea.

H.R. 1242 Resilience Project has collected letters, flags, books, artifacts, coins, photos, and a bottle of Snapple for the time capsule. A small representation of cotton, tobacco, and sugar, which fueled the transatlantic slave trade is included as well.

Mooney’s boat was sponsored by Equatorial Guinea with the personal support of His Excellency, Obiang Nguema Mbasogo, Head of State.

His mission was to encourage HIV testing and honor those two million that died during transatlantic slave crossing, commonly called the Middle Passage and the 12 million people kidnaped into slavery. Those that survived would work for free on plantations in the America’s and Caribbean.

Being a Black man, I just had to get across to the other side, added, Mooney.

Equatorial Guinea marks their 52nd year of Independence on October 12 from Spain. Mooney’s Brazilian made rowboat was christened, the Spirit of Malabo. After crossing the Atlantic Ocean, Mooney and the Spirit of Malabo anchored in St. Augustine, Florida inside the Intercoastal Way (ICW).

The Intracoastal Waterway is a 3,000-mile waterway along the Atlantic and Gulf coasts of the United States. Some lengths consist of natural inlets, salt-water rivers, bays, and sounds; others are artificial canals. Some like the Great Dismal Swamp were hand dug by slaves. Today, ICW it provides a navigable route along its length without many of the hazards of travel on the open sea.

For the enslaved, wherever there was a waterway, it was an escape route from the bondages of slavery.