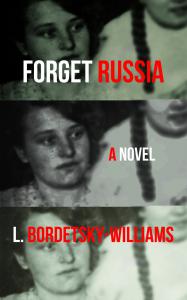 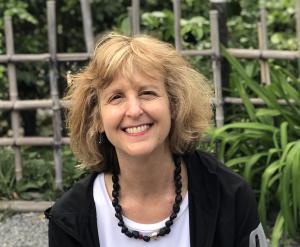 Forget Russia, an Historical Novel, Chronicles the Lives of Three Generations of Women

NEW YORK, NEW YORK, UNITED STATES, October 1, 2020 /EINPresswire.com/ — Forget Russia, scheduled for publication on December 1, 2020 by Tailwinds Press, tells the story of three generations of Russian-American Jews journeying back and forth, throughout the twentieth century, between America and Russia, searching for some kind of home and, of course, finding something altogether different. It is a tale of love, murder, revolution, and betrayal.

The story begins at the outset of the twentieth century in two poor Ukrainian shtetls and follows the unusual tale of how two very different immigrants from Russia ultimately meet in America, marry, have children and then, in the midst of the Great Depression, move back to Russia (the Soviet Union) in 1931 to help build the Bolshevik revolution. What happens to them and their extended family fifty years later is an amazing story. In 1980 their granddaughter, Anna, an American college student journeys to the Soviet Union to confront her family’s past. As Anna dodges date rapists, KGB agents, and smooth-talking marketeers while navigating an alien culture for the first time, she must come to terms with the aspects of the past that haunt her own life. Forget Russia is a disquieting multi-generational epic about coming of age, forgotten history, and the loss of innocence in all of its forms.

“One by one, Anna will lift the tops from the Russian dolls starting from the original tragedy—the murder of her great-grandmother Zlata during a pogrom-to shed light on the destiny of three generations of women … In this dazzling choral novel, woven together over almost eighty years, the great grand-daughter triumphs in the challenge to reunite her family forever, calming their hearts beyond the centuries.” – Maia Brami, author of All Yours

L. BORDETSKY-WILLIAMS is also the author of The Artist as Outsider in the Novels of Toni Morrison and Virginia Woolf (Greenwood Press, 2000); the memoir, Letters to Virginia Woolf (Hamilton Books, 2005); and three poetry chapbooks—The Eighth Phrase (Porkbelly Press 2014), Sky Studies (Finishing Line Press 2014), and In the Early Morning Calling (Finishing Line Press, 2018). She is a Professor of Literature at Ramapo College of New Jersey and lives in New York City.

To obtain an advance copy of Forget Russia for a book review or to arrange an author interview contact: