Social Cinema Launches Get Out The Vote Campaign 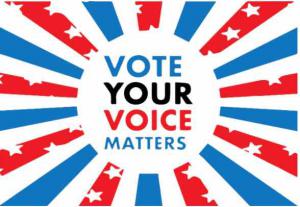 NEW YORK, NEW YORK, UNITED STATES, August 24, 2020 /EINPresswire.com/ — Social Cinema Foundation (SCF) is excited to announce the launch of the Vote Your Voice Matters (VYVM) contest/campaign! With the upcoming presidential election quickly approaching, SCF is looking to engage as many voters as possible!

Given the foundation’s overarching mission of promoting expression of socially conscious themes through film, SCF has launched VYVM! Social Cinema will be accepting submissions of 30-second, non-partisan Get Out The Vote PSA ready commercials. These commercials will highlight the importance of voting, featuring topics such as how to register to vote, how to vote safely during COVID-19, and ways to access election boards.

Social Cinema Foundation believes this is an opportunity for everyone, particularly our youth, to engage in the importance of each of us expressing our voice through voting. “We can authentically connect with our audience,” said a SFC Board member.