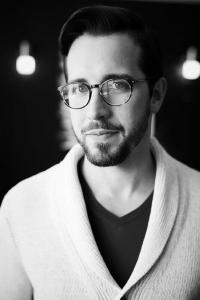 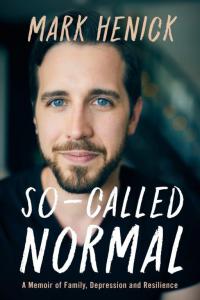 An unforgettable, triumphant story of perseverance and recovery

NEW YORK CITY, NEW YORK, UNITED STATES, February 1, 2021 /EINPresswire.com/ — By age 15, depression and anxiety had taken their toll on Mark Henick. Clinging to an outside girder on an overpass, a deeply troubled Henick made the only decision he thought he could. And he let go.

Henick’s newly released book, So-Called Normal: A Memoir of Family, Depression and Resilience, aims to break the relentless stigma of mental illness through his candid, intensely personal account of his youth, the events that led to that fateful night on the bridge, and the experiences and transformation that followed. Henick takes readers inside the mind of a boy who had to deal with the breakdown of his parents’ marriage, an abusive stepfather, bullying and trauma — all while trying to navigate his progressively worsening mental health. In the backdrop is a community that didn’t talk about mental illness, one where silence and maintaining the comforts of “normal” was paramount.

So-Called Normal is a vital, triumphant story of perseverance and recovery that has already touched the hearts of many, including television personality Rosie O’Donnell.

“Mark Henick is a powerful storyteller. His vivid account of his early years as a depressed, suicidal teenager is a page-turner. So-Called Normal is beautifully written, heart-wrenching, and hopeful. Necessary reading for anyone who wants a peek inside the mind of someone who journeyed through mental illness and found hope on the other side,” O’Donnell said.

Author Mark Henick’s TEDx talk, Why We Choose Suicide, is one of the most watched in the world and has been viewed millions of times. His search for “the man in the brown jacket” whose bravery and strong arms kept him from falling to his death went viral around the world (and was successful!). Henick has been on television and radio and has written many articles on mental health. He has hosted more than 60 intimate conversations about mental health with notable public figures and celebrities on his podcast, So-Called Normal, and has executive produced and hosted the Living Well podcast for Morneau Shepell. Henick has served on the board of directors for the Mental Health Commission of Canada, and was the president of a provincial division of the Canadian Mental Health Association — the youngest person in either role. He has worked as a frontline clinician, a program manager and the national director of strategic initiatives for CMHA. Currently the CEO and principal strategist for Strategic Mental Health Consulting, Mark Henick is in high demand as an international keynote speaker on mental health recovery.

Read the recent PEOPLE Magazine feature about Henick and the man who saved him.