Should we be concerned about United States corporate debt levels? 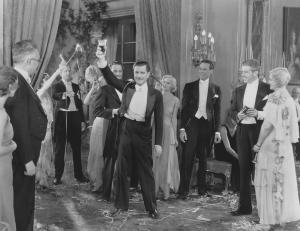 Many expect a “roaring twenties” like economic return after the pandemic. 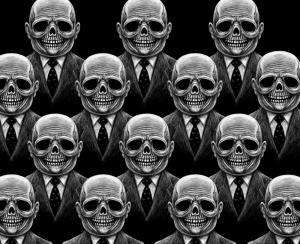 It’s not entirely knowable how many leveraged out companies are barely skating by at current interest rates. “Zombie corporations”, are those which can barely meet their current interest obligations.

Current US corporate debt levels are at $10.5 trillion, and with inflation beginning to be a cause for concern, a rise in interest rates could be devastating.

In the long run, and even in the medium run, you wouldn’t want to bet against the American economy”
— Jerome Powell

NEW YORK CITY, NEW YORK, UNITED STATES, March 16, 2021 /EINPresswire.com/ — Corporations within the United States have a combined debt total of $10.5 trillion USD. An almost incomprehensible amount of debt. That level of debt is not a far cry from the level of U.S. federal government debt ($27 trillion USD). The debt obligations U.S. corporations currently hold are largely in the form of corporate bonds, the bond market being the space where corporations can head to when in need of liquidity (apart from selling stocks).

The reason for such a large accumulation of corporate debt is simple and logical, from the corporate viewpoint. Interest rates have been consistently low since 2008 (in order to offset the impact of the financial crisis). For the broad part of the past decade, interest rates in the United States have remained below 2%. They briefly rose higher than 2% in 2018 – 2019, but were reduced yet again in 2020 in order to combat economic repercussions of the COVID-19 pandemic. These low interest rates are meant to spur on economic growth and activity, allowing consumers and businesses to borrow money at a cheaper rate (and thus spend more money).

For corporations this has been an ideal time. Instead of dipping into their own cash reserves, corporations have been able to borrow more and more money in order to finance their operations. The cost of this borrowing being nearly non-negligible (the current U.S. interest rate is 0.25%). This is what has led to the astronomical level of U.S. corporate debt we are currently seeing.

So, is the level of corporate debt concerning? Yes, because it relies on the nearly non-existent level of interest rates. This level of debt relies on a steady interest rate, but specifically a steady low interest rate. Inflation is a major concern as of late. President Biden’s CARES Act will see Americans receiving $1400 stimulus checks in an effort to extend their financial lifelines and boost economic activity. The CARES Act, in addition to the speculated growth of the economy due vaccinations and a return to normality, has many economists speculating that prices for all items will rise purely due to demand. Jobs are returning (albeit slowly) and consumers will once again be capable of spending. The only way to combat inflation effectively, is for the Federal Reserve to increase interest rates.

Ironically, the return of economic growth and activity could lead to what may become another financial crisis. This is by no means a doomsday prophecy, and much could happen to circumvent the possibility of a crisis, however we should be cognizant of the reality at hand. We cannot say for sure how many corporations are behaving recklessly with their current debt obligations, but given the historical record of corporate responsibility many companies could be teetering along a financial tightrope. A slight raise in interest rates could alter the ability of companies to repay loans and bonds, shifting them into junk bond status and worsening the situation.

It seems that many consumers and businesses are expecting the 2020s to be similar to the 1920s (the Roaring Twenties), anticipating prosperity, lavish spending, and Gatsybesque tom foolery. Life still feels on hold at the moment, and pent up demand for shopping, eating out, and entertainment could see a boom in economic activity. Should inflation rise because of this boom, a raise in interest rates may become vital, which could have far reaching economic consequences.

Previous The Sean Price x urbancoolab “Preserving the Legacy” Capsule designed by Artificial Intelligence is Dropping This Week
Next One year as Ninety One. Thirty years of active investing.