Richard Keep signs on for US projects 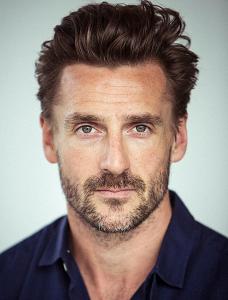 Richard Keep has been cast in lead roles shooting in the US. Shot by David Yeo.

Keep in the acclaimed feature, ‘Simmer.’

The British actor and well-known luxury house ambassador is due to start filming as the US film industry carefully resumes productions under COVID-19 mandates.

The film, from director Michael Sugrue (‘A Fine Confusion’), concerns an ambitious couple and their mischievous daughter courageously navigating the harsh social and financial sacrifices of providing end-of-life care for a parent, causing them to question their definition of success, and whether they can ever hope to achieve it.

Richard will play the lead role of the husband. Joséphine de La Baume (‘Mr Selfridge’) is attached to play his wife.

In addition to ‘About the Places We Dwell’, Keep is attached to a number of other projects shooting in the United States as arranged by his US management, a positive sign of industry resurgence post-COVID-19. Those projects boast connections with the AMC network and Warner Bros. Sources close to ‘About the Places We Dwell’ suggest the importance of casting foreign talent in US projects, as markets all over the world will be craving new content due to the gap in production. It is expected to therefore be of great benefit for US projects to have notable foreign names attached.

Keep is repped by Stevenson Withers Associates in the UK, and Beth Holden-Garland at Authentic Talent and Literary Management. He also appears on Oscar-winner Damien Chazelle’s series ‘The Eddy’, on Netflix alongside Golden-Globe nominee Melissa George.