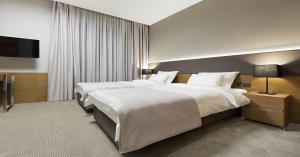 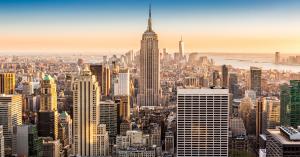 NEW YORK CITY, NEW YORK, UNITED STATES, September 7, 2020 /EINPresswire.com/ — The first half of 2020 was rather bumpy for the hotelier industry in the USA. Let’s look at the numbers and try to figure out what awaits us in the months to come. How is the room revenue holding? What are the projections for the tourism industry for the upcoming future? How many jobs were lost due to the recent problems?

It is hard to call it a crisis at this point, but it doesn’t take an analyst to figure out that the tourism industry is going through some very turbulent times. To understand what exactly is happening in the hotelier and accommodation industry in the USA, it is best to look at raw numbers. A research conducted by Lastminutes.deals contains some crucial economic factors which allow us a glimpse into the projected future of the hotel industry in the U.S.

The most important economic points for the hotel industry in the USA include:

• Since mid-February, hotels in the U.S. have lost over $46 billion in room revenue ($400 million per day)
• Compared to last year, revenue losses for hotel industry equal around 50%.
• Operating profits of hotels on average fell by 105% compared to last year, putting them at risk of being unable to pay their costs.
• Around 4.8 million jobs were lost in hospitality and leisure since February.
• Projected occupancy for individual hotels and hotel chains is below 20%.

The highest potential job losses in the hotel industry by state

The job situation in some states is direr than in the rest of the country. According to the Oxford Economics projection, below are the rounded potential losses in the labor market: