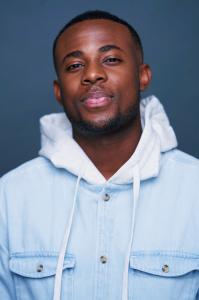 NEW YORK CITY, NEW YORK, UNITED STATES, November 2, 2020 /EINPresswire.com/ — Northern Virginia native, Noah Taliferro is an American actor who is best known for his role in the CW series, All American. The actor portrays the famous role of “Bo Lemming” in the drama series. Moreover, he has also featured in the Netflix show, Family reunion, where he plays the role of “Young Jeb,” who is the youth version of “Grandpa” aka Richard Rountree.

Noah is also a singer and songwriter, however he’s taken a pause on his music to focus on his current success in the TV/Film world, where he just scored his new recurring Guest-star role as “Omar” in the Netflix series “Dear White People”.

Noah is now also working with his partner and best friend Taylor Wolf on a big feature project with a major studio and many industry heavy hitters attached. Noah is the writer/creator of this project, which is presumed to start pre-production in 2021.