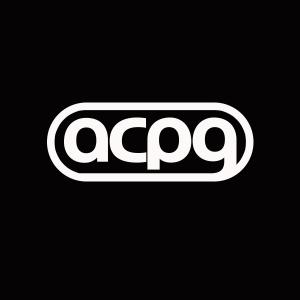 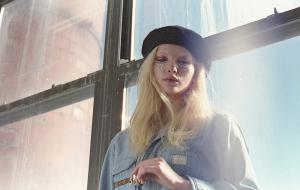 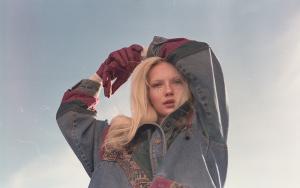 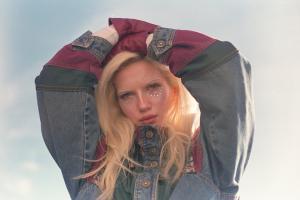 Holly is an incredibly gifted songwriter, capable of spanning a vast range of genres from disco to ballads, We are delighted to partner with such a talented artist.”
— Johan Guillermo Estrella

Newly created independent record label acpg is pleased to announce that it will release its first single on August 27, 2020, 7:00 p.m. EST. Recorded by Holly Anne Frink, “Poly” Remix is described as a “dance/electronic mashup, inspired by 80’s retro pop” and is a remix of an acoustic guitar/vocals ballad that will come out in September. Produced by Frankie P. with credits to ASAP Ferg, Nicki Minaj, ASAP Rocky and more, the release is expected to be well received by critics and fans alike.
About the Artist

A Brooklyn based singer/songwriter from a small town near the cape of Massachusetts, 22 year-old Holly Anne Frink draws inspiration from artists like Johnny Flynn, Sibylle Baier, and Kurt Vile. She started her music career at age five when she was in a production of Charles Dickens’ A Christmas Carol. Since then, she’s embraced her musicality with a vengeance, teaching herself how to play the guitar to accompany all the songs she’d managed to write in a cappella. Her writing style is lyrically focused and symbolic; she is a fan of hidden meaning and leaving something to the imagination.

“Holly is an incredibly gifted songwriter, capable of spanning a vast range of genres from disco to ballads,” says Johan Guillermo Estrella, founder of acpg. “We are delighted to partner with such a talented artist.”

An independent record label founded in 2018 in New York City, acpg stands for ‘arts, culture, progress, group’. The company is on a mission to cultivate long lasting partnerships while developing cutting edge music and art projects.
acpg provides talent management and A&R services for artists. Partnerships are curated to develop compelling ideas, mixing genres and experimenting with new sounds. Fueled by their love for the arts and culture, acpg’s goal is to create timeless content that inspires millions of people.

For more information, visit the acpg website at www.acpgnewyork.com.