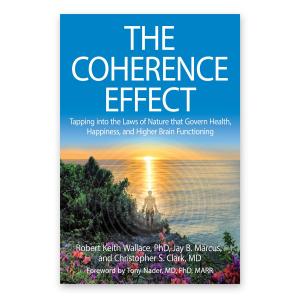 The effect of stress on some nervous systems as like drawing a line in concrete before it hardens. In those situations, he says, the stressful events leave a lasting mark.”
— Robert Keith Wallace, PhD

Wallace, Chairman of the Department of Physiology and Health at Maharishi International University in Iowa, says, “When individuals face stressful encounters, including the increasing number of toxins and viruses in the environment, their bodies are challenged at the DNA level and throughout the nervous system.” This, he says, “requires the body to respond appropriately to these challenges but then it needs to return to a balanced or coherent state.”

Wallace’s Medicina article highlights two key approaches to improve a person’s neuroadaptability. The first is meditation, and specifically the Transcendental Meditation (TM) technique (www.TM.org) because of a large body of research demonstrating its ability to make the nervous system more adaptable and orderly in its functioning.

His article cites earlier research that Wallace and his colleagues conducted, where, for example, the meditators’ heart rates, skin resistance, and cortisol levels (cortisol is a stress hormone) increased significantly in response to stressful situations as would be typical, but then returned to normal much more quickly compared to the non-meditating controls. These and other studies, he says, show that “Transcendental Meditation leads to a more effective ability to meet the challenges of stressful situations without harming the body.” Wallace says, “Part of the cause of the grudges people hold onto and the traumatic experiences they can’t get over are due to the inadaptability of their nervous systems. Without good neuroadaptability, experiences leave a deep mark like drawing that line in concrete.”

A complementary approach Wallace refers to in his Medicina article is Ayurveda, an ancient medical science becoming popular today. Ayurveda and yoga are derived from the same body of knowledge (the Vedic literature of India), and many yoga enthusiasts also follow the Ayurveda diet and lifestyle guidelines. These guidelines are different for different people, which Wallace says fits well with integrative medicine’s recognition that health approaches need to be “personalized.” Wallace says, “Just as not all medicines are right for all people, food and exercise routines also need to vary based on the mind-body type of the individual as classified by the Ayurvedic system.”

Wallace is co-author of a new book, The Coherence Effect (www.CoherenceEffect.com) published by Armin Lear Press. It contains more information on creating balance and adaptability in the nervous system, including strategies for good sleep, exercise, meditation, personalized diets, and optimal times for each day’s health routines. Wallace says, “These are the daily health routines that have been followed by accomplished yogis and sages for centuries, but it’s adapted in the book for life in the modern world.”

Dr. Wallace may be considered one of the “fathers” of mind-body medicine. He was the first Western researcher to document the physiological changes during the Transcendental Meditation technique, research that was published in Science while Wallace was still getting his doctorate in physiology at UCLA and then later in Scientific American, and the American Journal of Physiology while he was a post doctorate researcher at Harvard University.