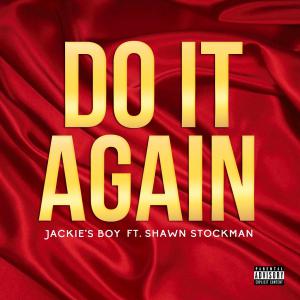 NEW YORK, NY, UNITED STATES, October 19, 2020 /EINPresswire.com/ — Grammy Award Winning Singer/Songwriter Carlos Battey aka Jackie’s Boy delivers the heat on his visual “Do It Again” showcasing his unique artistry and sexy lyrical ability. After a near death experience in 2018, Carlos steps in front of the camera to present a COVID friendly video filmed in Florida with a leading lady. No stranger to success, Jackie’s Boy has dominated the charts with his brother writing hits for the likes of Madonna, Chris Brown, Flo-Rida and Johnny Gill just to name a few.

Collaborating with R&B legend Shawn Stockman of Boyz II Men, the single has gained traction on Spotify amassing 263,836 streams. The video for “Do It Again” explores two souls that has become intertwined. Jackie’s boy is filmed on a string of dates with a girl he met. She often seems distracted and he is absolutely into her. Until everything comes to a halt and he gets a text warning him to stay away from her. The video leaves a cliff hanger as an arm grabs for him as he getting in is car. The video has amassed 30k views in 3 days!

Inspiration behind “Do It Again” He stated: “I wanted to make something unique and progressive for R&B lovers. I emailed a rough version of the song to Shawn to check out/ He came to the studio and said “Where’s that song you sent me?” I knew exactly what he was talking about. He recorded his verse in 10 minutes! I was extremely impressed and blown away I was working with a true legend. I think this record feels different than others because it speaks to both new R&B lovers and Classic lovers alike”.

Check out the video for Do It Again: https://www.youtube.com/watch?v=3MDtn_IeVDM

About Jackie’s Boy – Since 2009, Jackie’s Boy has been responsible for or contributed to the sales of over 18 million records, including 6 number one albums and 20 top ten singles. One of his first singles, Love & Beyond topped the R&B charts at #4 and was featured on iHeart Radio’s “up and comer” to watch.
For Media Outlets/Coverage, please contact the Tavia MD Agency at hellotaviamd@gmail.com