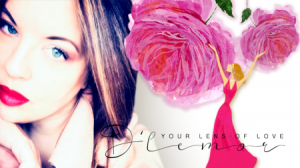 “YOUR LENS OF LOVE” Debut Album by D’Lemor

NEW YORK, NEW YORK, USA, February 5, 2021 /EINPresswire.com/ — After spending over 20 years in her design career in New York, artist and musician D’Lemor is getting ready to release her debut album “Your Lens of Love.” To get the required funding to produce the album, D’Lemor is inviting music lovers and interested supporters to contribute to her ongoing crowdfunding campaign on Kickstarter.

During her childhood, D’Lemor played the violin and received vocal training from her musician father. D’Lemor’s exposure to music at an early age gave her a taste of the beauty and mesmerizing quality of music, which she considers her first love.

As D’Lemor grew older, her path diverged from music, although she remained in a creative role. While working in the event and interior design industry in New York, she put her creativity to practice using different mediums.

D’Lemor focused her attention on making beautiful designs for the events and interior projects she handled. In her own way, she helped to create better surroundings and experiences for people. This inspired her to start a project called “Spaces of Love.”

Through this project, D’Lemor worked with sick children. Using her innate talent, eye for beauty, and creativity, D’Lemor transformed the spaces of those children to help facilitate their healing and give them happiness.

After being away from her first love for over two decades, D’Lemor decided to go back and pursue her original passion: making music. Her book of poetry inspired her to read the lines and add beautiful melodies, turning her poems into lyrics for her music.

Finally, in September 2020, D’Lemor released “Shine,” her first single, which is also part of her upcoming “Your Lens of Love” debut album. D’Lemor is working on “Your Lens of Love” in collaboration with Brian Vibberts, a six-time Grammy award-winning producer and mixer who has worked with the likes of Michael Jackson, Celine Dion, and Mariah Carey. “A Kiss,” D’Lemor’s second single, is set for release on Valentine’s Day 2021.

D’Lemor’s Kickstarter crowdfunding campaign is meant to supplement the amount necessary to fund the production of her debut album:

Those interested in supporting D’Lemor’s musical venture can choose from several packages:

D’Lemor shares that she is inspired to impact the world with love, one song at a time. Ultimately, her desire is to use music to continue her “Spaces of Love” project and help more children.

Details of the different packages are available on the “Your Lens of Love” campaign page on Kickstarter.

Interested backers have until February 26, 2021 to donate to D’Lemor’s crowdfunding campaign.