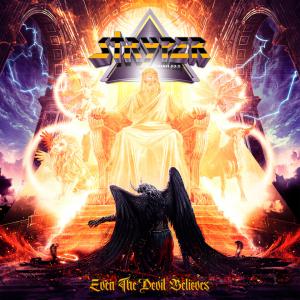 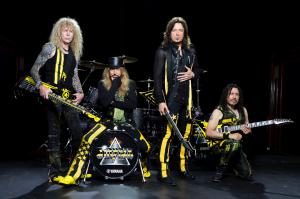 Music video for “Do Unto Others” premieres today at 10am ET on YouTube.

Today also marks the premiere of the official music video for “Do Unto Others,” which premieres today at 10:00 a.m. ET on YouTube. Watch here: https://youtu.be/54JVuMtLVHE

In the midst of a global pandemic that has shuttered the entertainment industry, Stryper is carving out a new path. With touring canceled for the foreseeable future, the band has been hard at work in the studio working on new albums, live recordings, virtual meet & greets and more.

Stryper will host LIVE virtual Listening Parties on September 4, 5 & 8, where fans can listen to the new album with the members of Stryper. The event will begin with the band talking about the album, what it means to them, and give insight behind the making of it. In between each song the band will comment about the song just played. After the album has played entirely, the band will answer questions from the audience. Tickets are $7.77 and can be purchased here: www.stryper.com/Tour/tour.html.

“It’s a tough world out there but we’ve somehow been able to rise above and deliver our best one yet,” says vocalist/guitarist Michael Sweet. “We’re very blessed to still be bringing a little ‘church’ to the metal world 36 years later. I can’t wait for you all to hear our new album.”

With over 10 Million albums sold worldwide, Stryper is renowned for its distinctive brand of “heavenly metal” and extraordinary crossover success. The group ascended to prominence in the 1980s with Billboard Top 40 hits like “Calling on You,” “Honestly,” and “Always There for You,” and has maintained a global fanbase ever since. Stryper is the first band to ever have two songs in MTV’s Top 10 simultaneously with their hits “Free” and “Honestly.”

“Even the Devil Believes” was produced by Michael Sweet.