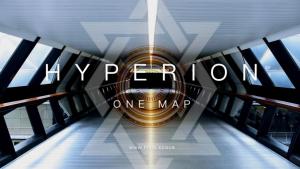 NEW YORK, USA, September 27, 2020 /EINPresswire.com/ — Hyperion, the blockchain map ecosystem that provides ONE MAP service to the globe, launched its mainnet on 27th Sep. Once the mainnet goes live, the real-time block production will be available on HYN explorer for users to check.

Hyperion mainnet aims to enable the dApp running, transactions and block production based on an independent blockchain. In the next phase, Hyperion will upgrade the decentralized map app Titan for everyone to access mainnet functions, which includs HYN swap, Map3 staking contract migration, exchange function migration, and consensus node staking on Atlas layer.

Hyperion ecosystem creates an open-participation platform for map community. It offers a variety of tools for all to contribute map data and service to the decentralized network, which disrupts the highly-centralized map industry in control of data production and service distribution. For instance, everyone can take on-site photos using a mobile phone, and upload it to the consumer-end product Titan to share with other network users. In addition, a crypto-asset holder can become a service node to distribute map service by staking a small amount of HYN to the staking contract. Node staking has been proven effective in preventing malicious behavior in a trustless environment.

Meanwhile, as participant increases, the system will need a governance mechanism to maintain sustainable and high-quality of contributors within the network. To figure out the best suitble model, Hyperion team has been researching throughout the precious two years, and introduced HYN economic model, and PoH (proof of Hybrid) consensus mechanism since this June.

With V1 mainnet launch, the community-autonomous governance will finally realize. Open-source map enthusiasts and developers that have been contributing enormous map data and services, either via POI contribution or Map3 node staking, will be rewarded after the mainnet launch.

As explained in PoH consensus protocol, on Map3 service layer, users are encouraged to contribute decentralized map service with PoW incentives; while on Atlas consensus layer, PoS algorithm will select a small validation committee to verify transactions and ensure network security. As the mainnet launch approaches, genesis block has specified the transaction details and prototype, for 88 consensus nodes to produce blocks on Atlas layer.

Atlas layer adopts a PBFT (Practical Byzantine fault tolerance) variant consensus algorithm for block validation — FBFT (Fast Byzantine fault tolerance). It allows all Atlas nodes on consensus layer to compete for a seat in 88 validation committee, based on their ranking in Atlas stake. Each validation node will have access to block rewards during each epoch (approx. one day), which is 2 HYNs every 6 seconds. Committee membership is fluid. Validation nodes will be re-selected after each epoch, according to the next round of stake ranking and block production performance in previous epoch.

Compared to PBFT, FBFT creates a leader role out of the committee members to coordinate the consensus process, so as to reduce the communication complexity and to better improve the blockchain efficiency, especially as the network expands.

Mainnet means a lot for both the project and its community. Beyond more serivce rewards for map contributors and lower token transaction fee, don’t forget, the scalability of location-based dApps that will be built based on mainnet will burst, with little issuance fee and much more simplified listing process.

About Hyperion
Hyperion, a decentralized map ecosystem, aims to achieve the “One Map” vision – to provide a unified view of global map data and service, and to make it universally accessible just like a public utility for all. Built on the Spatial Consensus Protocol which encloses not just spatial information but also value transfer, Hyperion fundamentally redefines the way we create and consume map services, conforming to our first principles to make maps aggressively open and decentralized.