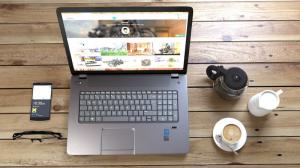 People want to continue working from home. Governments can fret about the economy all day long, but people will put self-preservation first.”
— Ben Taylor

NEW YORK, USA, September 7, 2020 /EINPresswire.com/ — HomeWorkingClub, a global home working portal, has highlighted the long-term nature of people’s commitment to working from home. Its new survey found that 37.80% of those who don’t currently work freelance or remotely plan to change their industry in the next year in order to do so. 29.13% of respondents also say that they would change employer in order to be able to work more from home.

It seems that those who can’t stay at home to stay safe with their current roles/employers are planning to take matters into their own hands. A report by academics at Cardiff and Southampton universities backs this up, finding that nine in ten of those who worked from home during lockdown want to carry on doing so in some form.

“These figures deliver a conclusive verdict. People want to continue working from home. Governments can fret about the economy all day long, but people will put self-preservation first. They won’t put it all aside to save identikit city centres with a Starbucks on every corner.”

The backlash against returning to the office is being felt by employers large and small. Even the UK government is struggling to convince its civil servants of the merits of braving public transport and working from the office once more. All of which has major economic implications.

City centres on both sides of the Atlantic watched footfall crumble as a result of the pandemic. The longer-term absence of office workers is adding to the economic pain felt by everyone from restaurant and coffee shop chains to independent stores and thrift shops. HomeWorkingClub’s Ben Taylor continues:

“With areas such as the City of London and Midtown Manhattan resembling ghost-towns, it’s clear that governments need to find innovative ways to boost the new economy, rather than pining for the old one. Local companies delivering everything from self-care cosmetics to gourmet lunches are finding themselves in great demand. The future of work looks different now, so we need to build around that, not try and push back to a version of ‘normal’ that no longer fits.”

The HomeWorkingClub survey highlights the long-term nature of the home working trend. 87.82% of those surveyed believe that the working world has changed forever, while 90.37% believe the COVID-19 pandemic has removed barriers to working remotely.

Nor is the long-term nature of workers’ stay-at-home plans being solely driven by the employees themselves. Tech giants such as Facebook and Twitter have been clear that they don’t expect staff to commute. Facebook expects 50% of employees to be remote in the coming years, while Twitter offers many staff the choice to work from home “forever.”

Many other major employers have followed suit, from General Motors’ long-term plan of a “flexible work culture” to BP’s sale of its London office and adoption of a “hybrid work style.”

While many workers are embracing these changes, the impact of economic uncertainty is still a concern. HomeWorkingClub’s data shows that more than 50% of people are planning to set up side gigs or second jobs. Taylor concludes:

“Just as we’re seeing local businesses innovate in order to survive and thrive, freelancers and remote workers are doing the same. Many people’s emphasis right now is on spreading their risk rather than relying solely on one source of income. They’re staying home to protect their health, while innovating and diversifying to protect their financial health.”

HomeWorkingClub.com is a global portal for home workers of all kinds, from freelancers to remote workers. Launched in 2017, the site has received over two million page views, and helps around 30,000 people each month.

Calling All Hotels, Resorts and Event Venues: Invitation to Register Free Of Charge

How to Track the Latest Development of COVID-19 Vaccines