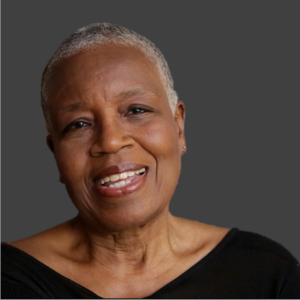 Janus Adams made publishing history in 1990 as founder of Harambee—the first national (and international) book club for African American literature and culture; changing the landscape for authors, readers and publishers. 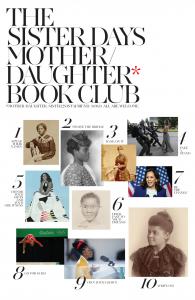 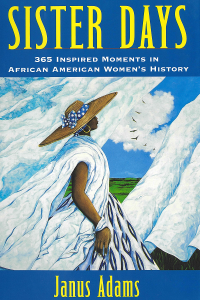 March 10 through April 30, with Adams’ book Sister Days as a guide, members will journey from History to Healing and Hope in her 7-week virtual Retreat

“A book to be handed down—just like a family Bible—to be read by family member after family member, generation after generation.”
Hattie Winston, Actor

“Over the years, as I’ve toured the country speaking of our history—and herstory,” says Adams, “the question most frequently asked of me is this: ‘Why didn’t anyone tell me?’ And, it’s spoken with all the pain and sorrow of imagining the difference knowing the truth of our resistance, resilience, daring, and achievements could have made in that person’s life. Inspired by Kamala Harris’ election as the first woman Vice President of the United States, all that stops now.”

As Vice President Harris has said: “Without fanfare or recognition, Black women organized, testified, rallied, marched, and fought—not just for their vote, but for a seat at the table. We’re not often taught their stories. But, as Americans, we all stand on their shoulders.”

Now, for 2021, in a 7-week virtual Retreat, March 10 through April 30, with Adams’ book Sister Days as guide, members will journey from History to Healing and Hope (Adams’ trademark theme) to gather at the “welcome table” of African American tradition that is the Sister Days Mother/Daughter Book Club. It is a table set with place cards that inform, inspire, and empower: “Speak Their Names” pays homage to the “shoulders.” Others read: “Honor Your Gifts and Your Greatness,” “Bank On It” and “Write On.” On the menu: weekly “mental feasts” (virtual online gatherings and breakout sessions on member-defined themes); daily messages of insight; all new members-only bonus content updating the book with notable events since its first printing in 2000; and a pilgrimage―socially-distanced and virtual―to the home and gravesite of Harriet Tubman a woman who not only dared to liberate herself, but circled back to show others the way. The Club’s March 10 launch commemorates Harriet Tubman Day.

Indeed, Tubman has inspired much of Adams’ own life’s work and her mission in launching the Sister Days Mother/Daughter Book Club. Engaged by history and culture since childhood, a northern school desegregation pioneer at 8, Adams was one of the four children selected to break New York’s de facto segregation in the public schools in the wake of Brown v. Board of Education. Her master’s is the nation’s first graduate degree in Black Studies. Her doctoral chair was human rights champion and author Shirley Graham Du Bois (widow of W.E.B. Du Bois: “Father of Pan Africanism,” co-founder of the NAACP. Significantly, Sister Days isn’t her first national book club foray. She made publishing history in 1990 as founder of Harambee—the first national (and international) book club for African American literature and culture; changing the landscape for authors, readers and publishers.

Journalist, author, historian, and publisher of BackPaxKids.com, Dr. Janus Adams is the host of public radio’s “The Janus Adams Show” and podcast. She has been a news commentator and on-air guest with ABC, CBS, CNN, Fox News, NBC’s The Today Show, and NPR’s All Things Considered. With more than 600 articles, essays and columns and eleven books to her credit, her work has been featured in Essence and Ms. Magazines, The New York Times, Newsday, USA today, and the Washington Post. Her syndicated column ran in the Hearst Newspapers for sixteen years. Her book Glory Days: 365 Inspired Moments in African American History, was licensed by McDonald’s and reached more than 3 million readers. A dynamic speaker and passionate storyteller, she is known for her unique perspectives on current events through the lens of history.

A pioneer of issue-oriented African American and women’s programming and has hosted her own radio and television shows for more than a decade. Her 19-hour International Women’s Day marathon broadcast brought Adams—a classically-trained pianist—to NPR to open the New York News Bureau as the network’s first National Arts Correspondent.