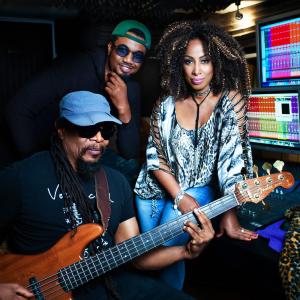 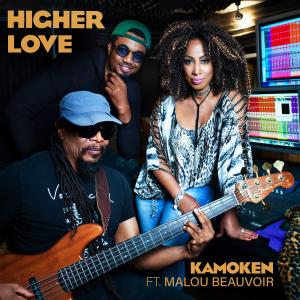 I watched as Trump’s messages strove to divide Americans and fuel the flames for racism in the U.S. and internationally

Haitian–American Malou Beauvoir was born in Chicago and raised in New York and Paris. Malou has chosen to use her gifts as an singer /songwriter /activist to increase social awareness and inspire change in the US, Haiti and throughout the world, drawing on her roots in her recent album “SPIRITWALKER” to speak out against injustice in all its forms. Her emotional, soul-stirring music is a unique pastiche of multi-cultural influences and experiences, moving between genres and national borders with a very rare and natural ease.

Haitian-American co-producer, songwriter, bass player and percussionist Chico Boyer is an activist, community leader and the owner of Kamoken Studios, in Brooklyn, NY. One of the founders of the “RACINES” (ROOTS) movement in Haiti, he traveled the world with his renowned group FOULA and was an original member of Grammy award winning band Boukman Esperyans. Haitian American Cheff Loncher, co-producer, songwriter, and musician currently works with Alan Cave, James Germain and a plethora of high level Haitian and international artists. They are also joined by the lovely Laissa Boyer on background vocals and Yayoi Ikawa on keyboards.

Steve Winwood and Will Jennings’ 1986 hit needs no introduction. A near-perfect pop classic, Kamoken and Beauvoir nonetheless, manage to infuse it with a new life, even a new identity, weaving body-moving Haitian rhythms into the song, alongside a new Haitian Creole chorus. The inspiration to record the song came during the confinement while watching the news: “As I sat through confinement in New York during the pandemic, I watched as Trump’s messages strove to divide Americans and fuel the flames for racism in the U.S. and internationally. I realized that the only way to hope to change this broken system was to get every last person out there voting. One evening, I turned on the radio and heard ‘Higher Love.’ I picked up my phone and called Chico and said we have to record this song and get it out to the Haitian –American voters!” She hopes this uplifting, empowering tribute will inspire not just Caribbean-American voters but all Americans to exercise their most important responsibility as citizens.

Although this is simply a lyric video, mostly put together by Beauvoir as she experimented with editing tools and stock footage during the confinement, the words dance across the screen in bright colors and striking, organic, hand-drawn typography, Young people all over the world illustrate the song’s call to collective action in a very different and inspiring, way. Dancers trade moves, taking over rooftops, lunging and gliding among the Roman columns and marble steps of city buildings. The streets have become their stages. As they go underground, into graffiti-covered tunnels to move their bodies in beautiful protest, they open up and stretch out, reminding us to keep on living, keep on thriving, and to keep reaching for that higher love. Flowers bloom in time-lapse, echoing the song’s promise of the dawning of a new day.

“I wanted this to represent the amazing young people who found their voices this year and demonstrated for BLM, All Lives Matter and those that we lost during the pandemic. They must now fight for their democracy and future”, says Beauvoir. “It just wasn’t feasible to make the video I wanted, with the health restrictions in place, so …I let my mind wander freely so that the listener’s mind, could do the same with the random images representing our hope for a ‘Higher Love.’”