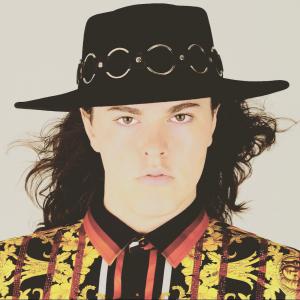 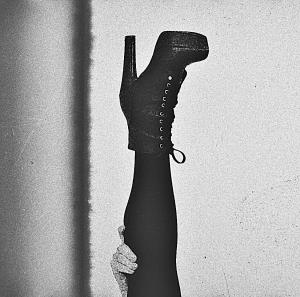 In a society where showing emotions is considered a weakness, the pop singer wants to change that narrative.

NEW YORK, NY, USA, March 16, 2021 /EINPresswire.com/ — When the environment you grew up in was filled with negativity and toxicity, it’s hard to walk away from the pessimistic noise. Jake Inzerra did, though, and he made it out of Connecticut to New York City by strutting away in his 6-inch stilettos, of course. His homophobic classmates were ruthless with their attacks, but the pop singer found comfort, acceptance, and passion in local theatre production. He’s not just a singer or a songwriter; he’s meant to be a performer. Since he came from a town where he couldn’t satisfy his peers, he now strives to please and entertain the audience. The 4 AM train ride Inzerra took every day displayed his determination which easily set him apart. Mikaelin’ Blue’ Bluespruce, Akira Shelton, and Roman Molino Dunn are some of the producers he’s worked with, and Troye Sivan, Ariana Grande, and Britney Spears are some of the icons he takes after. Pop music is his focus, and empowerment is his goal. He strives to remind listeners that love is more powerful than hate. Jake Inzerra has one mission, and that is to be the role model that he didn’t have when he was just a flamboyant and lost young boy in Shelton, CT.

Life should always be about quality over quantity, no matter the highs you reach or the lows you fall to. The pandemic forced people to feel a certain way because many were experiencing a confusing mesh of the two sentiments. After much reflection, Inzerra was able to capture his mental turmoil in his new music video “WHATCHUGOT.” It’s raw, it’s unrefined, and it’s purely Jake. In a society where showing emotions is considered a weakness, the pop singer wants to change that narrative. He lets his mind run wild, and instead of avoiding his sensitivities or ignoring them, he comes face to face with them. Through the depths of his eyes, you can see directly into Inzerra’s psyche. The battles he’s faced are prevalent, but the battles he’s overcoming are even more evident. The visual flashes, echoes, mirrors, and blends a kaleidoscope of colors. It’s a beautiful and honest gateway into the inner workings of Inzerra’s thoughts, and he knows the best thing to do is “face these wild emotions, sit in them, learn from them, and ultimately purge them.”

Previous Nothing Is Off Limits with 8 At The Table: A Online Series Discussing Love, Sex, Relationships and Dating
Next The Sean Price x urbancoolab “Preserving the Legacy” Capsule designed by Artificial Intelligence is Dropping This Week