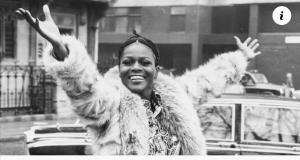 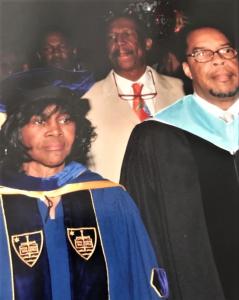 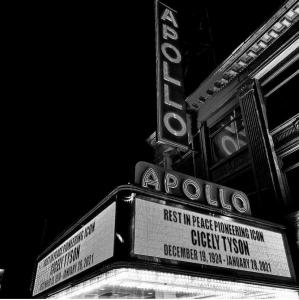 Oprah Winfrey’s response to the death of Cicely Tyson was. “Her Life so Fully Lived is a Testimony to Greatness”. Tyler Perry reflected on Cicely Tyson, ” She was the Grandmother I never had””
— Tyler Perry O Winfrey

HARLEM, NEW YORK, UNITED STATES, February 13, 2021 /EINPresswire.com/ — This Sunday, February 14th Harlem Network News will launch the first of a four-part series on the life of our nations New Ancestor Queen Cicely Tyson who passed away at the age of 96 two days after the launch of her long-anticipated memoir “Just As I Am” on CBS “This Morning”, with Gale King.

Queen Cicely Tyson; is a world-renowned native of Harlem. Her lifetime achievements include runway modeling, Emmy Award actress, Civil Rights activist, Community Leader, and Educator. Cicely Tyson was best know for her portrayal of positive Black Women roles, receiving primetime Emmy Awards, an Oscar, and a Golden Globe Award. Best known is her role in Sounder in 1972, The Autobiography of Miss Jane Pittman in 1974, her role as Kunta Kente’s Mother in Alex Haley’s acclaimed series Roots, the lead in the Broadway and Television hit The Road to Bountiful, and most recently in the award-winning films, Tyler Perry’s “Madea’s Family Reunion”, “The Help” and in the television series “How to Get Away With Murder.

Oprah Winfrey‘s response to the death of Cicely Tyson was profound. “Her Life so Fully Lived is a Testimony to Greatness”. Tyler Perry reflected on Cicely Tyson, ” She was the Grandmother I never had and the wisdom tree that I could always sit under to fill my cup.” Gale King of CBS This Morning who conducted Cicely Tyson’s last interview said,” she was grace, she was class, she was essential, that’s what Cicely Tyson was”.

Harlem Network News will air the first of a four-part series on February 14th focused on Ms. Cicely Tyson actress extraordinaire, fervent educator, activist, and the Cicely L. Tyson Community School of Performing & Fine Arts in East Orange, New Jersey. In September of 2009, the Cicely L. Tyson School of Performing & Fine Arts opened replacing the old Tyson School. It is a Magnet School for the Arts for students grades 6th through 12. Ms. Tyson worked diligently on the design and curriculum with the then Superintendent Dr. Clarence C. Hoover school administrators and teachers to birth a new Magnet Middle and High School The Cicely L. Tyson Community School of Performing and Fine Art, never missing graduation or performance at the school.

The series is hosted by award-winning journalist Terri Wisdom. It included guest Dr. Clarence Hoover III former Superintendent of Schools for East Orange. During his tenure, Dr. Hoover built three schools, the most renowned being the Cicely L Tyson Community School of Performing and Fine Arts. Dr. Hoover worked closely with Ms. Tyson to build and develop the school demanding wooden floors for the dance studios with mirrored walls and state of the art music and animation studios blueprinting the excellence and professionalism he believed the students deserved. When questioned as to budgetary concerns, he deferred to the vision of excellence and privilege for our urban Black and Brown children. Dr. Hoover and Ms. Cicely Tyson had a vision and it more than manifested in the Cicely L. Tyson Community School of Performing and Fine Arts. “It Takes A Village” other guests on HNN were renowned Choreographer, Director, Producer Dr. George Faison, choreographer for the Broadway production of “The Wiz” and Director of the Firehouse Theatre in Harlem and The Respect Project. Reverend Rhonda “ Akanke” McLean-Nur, griot, counselor, actress extraordinaire, and Co/Director of the Respect Program also interviewed. Dr. Faison and Reverend Rhonda brought the Respect Program Students to The Cicely Tyson School to exchange talent and conduct workshops. Other HNN special guests were Safa Ishmel Muhammad a graduate of the Cicely L. Tyson Community Performing and Fine Arts Schools and her Mother Tiye Phoenix a performing artist and parent of the school.

HNN host Terri Wisdom is a proud member of the Abyssinian Baptist Church where Sister Cicely Tyson was a member. She preached on Women’s Day in 2018 on the pulpit, and where she gave her last interview with Gale King for CBS on January 26th for the launch of her book and memoir “Just As I Am”. The interview took place in the sanctuary of The Abyssinian Church.
On February 15th Queen Cicely Tyson will lie in state at the Abyssinia Baptist Church in Harlem New York, and be remembered in a private service the following day at her beloved Abyssinian Baptist Church. CBS/BET RE-aired the extended interview hosted by Gale King posthumously. Oprah Winfrey aired on her OWN Channel a never seen before the interview on February 6th with Ms. Tyson. All interviews are must see to truly understand who this iconic Queen Cicely Tyson truly was. She gave much and continues to live on as an Angel teaching and inspiring through her book of memoirs “Just As I am”, her interviews, and her body of indelible work.
The Abyssinian Baptist Church currently pastored by Dr. Reverend Calvin O. Butts III has long been a church of Civil Rights action – the Church of the great first NYC Black Congressman Reverend Adam Clayton Powell Jr, the church built by his Father Adam Clayton Powell Sr. The new Georgia Senator Reverend Raphael Warnock served 10 years as Associate Pastor at Abyssinian before pastoring at Dr. Marin Luther King’s Ebenezer Baptist Church. So indeed our New Ancestor Queen Cicely L Tyson is part of the great Abyssinian Baptist Church legend and legacy.
The Special will air on – Facebook live and YouTube this Sunday, February 14, 2012, at 4 PM on Harlem Network News.

Queens Theater Opens After a Being Shutdown for One Year