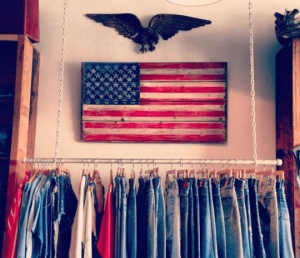 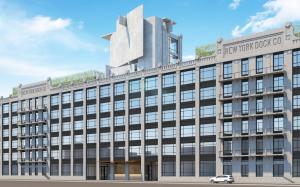 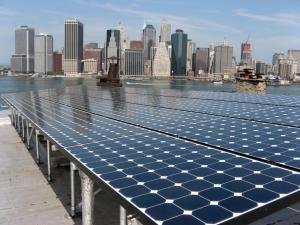 We are thrilled to have eliminated debt on the books, improved overall shareholder accessibility via our new transfer agent and operations are moving full speed ahead on our major projects”
— GSFI CEO James DiPrima

GSFI is currently targeting high-growth solar market segments for its advanced solar greenhouse and advanced solar battery products. GSFI has a growing footprint in the significantly underserved solar market in New York City where it is targeting 50,000 to 100,000 square feet of rooftop space for the installation of its solar panels. GSFI is looking to forge key partnership with major investment groups, brokers, and private investors in order to capitalize on a variety of unique investment opportunities in the commercial solar energy markets. GSFI is dedicated to becoming a major player in this critical space.
Through its innovative solar product offerings and industry partnerships, GSFI is well-positioned to become a significant player in the solar space.

Established in 2006, Chuck’s Vintage is a store unlike any other; a true American original. The moment you step over the threshold at 16618 Marquez Ave, Pacific Palisades 90272 you find yourself in the midst of abundant treasure.

Chuck’s Vintage was founded by GSFI former CEO Madeline Cammarata (fka Madeline Harmon) who hailed from an illustrious background in fashion. Her career began as a fashion model where she was soon discovered by the iconic and provocative fashion photographer Helmet Newton, launching Cammarata to the runways of Europe. Returning the US, Madeline found a powerful niche in the high fashion world of denim, where she was instrumental in providing fabric development for powerful brands like 7 For All Mankind and provided thousands of pieces to celebrity and business elites from Steve Jobs to Morrisey and everywhere in between.

 Plans and Preparation for Application to Uplist to OTCQB Venture Market

On March 11th GSFI announced that it meets eligibility requirements to apply to trade on OTC Markets’ OTCQB® Venture Market and is preparing for application. To help meet the OTCQB requirements GSFI has eliminated debt on the books, improved overall shareholder accessibility via its new transfer agent, Olde Monmouth Stock Transfer Co., and operations are moving full speed ahead on major projects. GSFI is now organizing all necessary steps to make its application with OTC Markets for the thriving OTCQB® in the coming weeks.

Everything solar is booming! Solar power is now cheaper than coal in some parts of the world, and generating power from the sun is likely to be the lowest-cost energy option globally in less than ten years, according to Bloomberg. In many places around the world, solar is already the lowest-cost option. Even the big utilities are moving rapidly toward solar (and wind, which is also poised to best coal in terms of cost). The New York Times reports that Xcel Energy—which provides electricity to the middle of the country, from Colorado to Texas to Michigan—has asked for proposals to build large wind and solar power plants in Colorado, and bids are already coming in lower than the operating costs for coal plants. West Coast energy provider Pacific Gas & Electric has committed to making renewable energy, including solar, 55 percent of its power portfolio by 2031. Many experts think that California will hit the 50 percent renewables mark by 2025—maybe even sooner. A report from Fortune Business Insights said projected that the global solar power market size, which was USD 163.70 billion in 2019, is projected to reach USD 194.75 billion by 2027, exhibiting a CAGR of 5.9%. Active solar companies in the market this week include Green Steam Holdings, Inc. (GSFI)

Another report from Grand View was also optimistic about the submarket for solar panels, saying that: “The global solar PV panels market size was valued at USD 115.2 billion in 2019 and is projected to grow at a compound annual growth rate (CAGR) of 4.3% from 2020 to 2027. Growing demand for renewable-based clean electricity coupled with government policy tax rebates and incentives to install solar panels is expected to drive the market in the coming years. Firms in commercial and industrial sectors are among the chief consumers of solar photovoltaic (PV) panels owing to their large scale requirement for green power. Economies of scale installation in these sectors compensate for any loss in panel efficiency, thereby making the solar PV systems profitable for large scale power generation. The residential sector is gaining momentum in solar PV panel installations owing to net metering schemes for on-grid systems.”

GSFI has recently reported Completion of Structural Engineering for its 160 Imlay Street Project; Submits for Solar Interconnectivity with ConEdison NY Grid and has submitted its application to integrate its solar and photovoltaic initiatives with conEd’s powerful electric distribution grid. Con Edison provides electric services to 3.2 million customers in New York City and portions of Westchester County. Electricity is delivered through approximately 94,000 miles of underground cable, and almost 37,000 miles of overhead cable.

GSFI initiatives for 160 Imlay include implementation of a rooftop photovoltaic system providing at a minimum of 300- 450 Kw of electric Photo Voltic Power, utilizing approximately 1000-1440 panels, on approximately 22,000 square foot space on the property. GSFI together with Morali Architects as their joint venture partner in this project, will design, erect, construct and install or retrofit the property, increasing its value and reducing the property’s carbon footprint.

DISCLAIMER: FrontPageStocks/CorporateAds.com (CA) is a third-party publisher and news dissemination service provider. FPS/CA is NOT affiliated in any manner with any company mentioned herein. FPS/CA is news dissemination solutions provider and are NOT a registered broker/dealer/analyst/adviser, holds no investment licenses and may NOT sell, offer to sell or offer to buy any security. FPS/CA’s market updates, news alerts and corporate profiles are NOT a solicitation or recommendation to buy, sell or hold securities. The material in this release is intended to be strictly informational and is NEVER to be construed or interpreted as research material. All readers are strongly urged to perform research and due diligence on their own and consult a licensed financial professional before considering any level of investing in stocks. All material included herein is republished content and details which were previously disseminated by the companies mentioned in this release or opinion of the writer. FPS/ CA is not liable for any investment decisions by its readers or subscribers. Investors are cautioned that they may lose all or a portion of their investment when investing in stocks. FPS/CA has been compensated $500 by the company for dissemination of this Article.

These news releases and postings may contain forward-looking statements within the meaning of the Securities Litigation Reform Act. The statements reflect the Company’s current views with respect to future events that involve risks and uncertainties. Among others, these risks include the expectation that any of the companies mentioned herein will achieve significant sales, the failure to meet schedule or performance requirements of the companies’ contracts, the companies’ liquidity position, the companies’ ability to obtain new contracts, the emergence of competitors with greater financial resources and the impact of competitive pricing. In the light of these uncertainties, the forward-looking events referred to in this release might not occur.