Explore Authors Magazine recommends 14 books you should be reading this fall and winter! 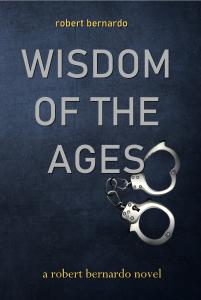 Wisdom of the Ages by Robert Bernardo 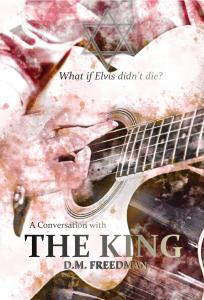 A Conversation with the King by D.M. Freedman 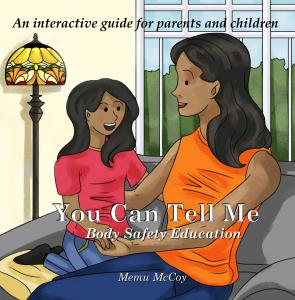 You Can Tell Me: Body Safety Education by Memu McCoy

Curl up with your favorite cup of java or tea. Explore Authors Magazine recommends 14 hot new releases you should be reading this fall and winter. On sale now!

Curl up with a cup of java, and a warm blanket. Check out these amazing fiction, nonfiction, and children’s books to read this fall and winter!”
— Explore Authors Magazine

Wisdom of the Ages by Robert Bernardo – Johnny’s sudden return after eleven years is as mysterious as his disappearance in this engrossing mystery-suspense. Robert Bernardo’s outrageously funny horror story is every bit as thrilling as it is suspenseful. Wisdom of the Ages will captivate readers as the mystery unfolds in this taunt, surreal read. Bernardo Entertainment, LLC, ISBN: 978-0578601410

What if Elvis didn’t die? That’s exactly the question In A Conversation with the King, by D.M. Freedman, an alternate history and portrait of an Elvis Presley in 1977. He’s dying but does not want to die. Who does he turn to? A trusted rabbi! Disappearing is hard enough with his fame, but what if he actualizes it? An Amazing story. Skalater Press & Books, ISBN: 978-057875953-1

We’re recommending two high sea adventures this month. The first is Mahalo Memories by Boyd C. Hipp, II. When a retired insurance executive Calhoun Hipp decides to buy his dream boat, hoping for a peaceful retirement, he finds anything but, stumbling head-first into adventure, intrigue and romance on the high seas after rescuing a beautiful woman fleeing her boyfriend and his henchmen. Mahalo Memories takes place in the backdrop of competitive deep-sea fishing off the waters of Bimini, the Bahamas, and South Florida, building to an exciting showdown between Calhoun’s crew and the gang of smugglers out to do them harm. We highly recommend. Mahalo Books, ISBN: 978-0578757636

Another roaring sea-tale, The Silver Serpent by Andy Bazan is an adventurous 1800s tale about a deadly sea serpent with a taste for revenge and human blood, will leave you breathless in this winner-takes-all war between man and beast. For the adventurer in you, buy today! Iron Tarantula Books, ISBN 978-0578662541

We just love, Scots Honor: A Sam McKay Novel. This book is an edge-of-your-seat page heart -pounding romantic thriller and the first in the Sam McKay series by K.M. Hardy. We heartily recommend this engrossing new book in the detective series. Buy today! Picaty Press, ISBN: 978-0578756660

In High Tea with Ophelia, by Eleanor Tremayne, readers have the opportunity to stroll the streets of the oldest city in America with beloved heroines from famous literary classics. When Sabriel Shelley’s husband passes away unexpectedly, she finds herself purchasing a very unique book store in the ancient city, St. Augustine, Florida. This is where five characters from well known plays and novels step out of their pages to help Sabriel adjust to a new life. Scotoma Books Publishing, ISBN: 978-1-7323245-3-4

In Bright Yellow Souls by Luca Favaro, Kevin was only a teenager when decided to escape from his past, studying as a nurse. He didn’t expect to discover that he would become a person able to give and receive so much love at the nursing home helping the elderly through their suffering and pain through the silent presence of God. Kevin manages to take care of the sick, while also healing his own soul. A lovely read. We highly recommend. ISBN: 978-1671910393

In Heart of Fire by Marty Reynolds, John reunites with Deanna, his college sweetheart, falls in love and marries. He soon joins the Fire Department as a forensic investigator where he investigates a series of arsons and hunts a serial killer in this thrilling game of cat and mouse. Simmering hot! Reynco Publishing, ISBN: 978-0578748801

Jason Boswell gives a breathtaking account of World War II’s Battle of the Bulge in his nonfiction historical novel, Monschau’s Lucky 38th. Boswell offers a facts-based riveting account of this battle and how Germany’s December 16, 1944 surprise attack on Allied formations in the Ardennes Forest where the US 38th Calvary Squadron (outnumbered 23 to 1) courageously defended the small German town of Monschau. Boswell covers the brilliance and bravery of the soldiers in compelling detail. We highly recommend this book for WWII history buff, and casual readers alike. Available now via Amazon, Barnes and Noble, and fine retailers everywhere. Red Karnage Publishing, ISBN: 978-0-578-78931-6

In Breaking Bad by Peter Spicer, A former Wisconsin fundamentalist and evangelical explains life inside their schools and churches, and how their politics shape America in this riveting account of life growing up in a Wisconsin fundamentalist (IFB) church, attending a cult-like IFB college in the state, and old family ties to the infamous politician Joe McCarthy, Spicer explains how a long-time evangelical eventually rejects the Christian right. Spicer’s details are more than spicy, we high recommend. COMING SOON, release date: NOVEMBER 20, 2020

Patrick the Pudgy Penguin by C. Robert Moore – Parents and children alike will love this heartwarming lesson about bullying, courage, and being a hero. A wonderful lesson and a beautiful story for the family to read together. Available now via Barnes and Noble, Amazon, Books-a-Million and many other fine retailers. Hard Luck Hippie Productions, ISBN: 978-0578736600

You Can Tell Me: Body Safety Education by Memu McCoy is a guide for parents establishing a foundation for their children to learn and understand how to identify and communicate about inappropriate touching or behaviors in this colorful age appropriate interactive book. Available at Amazon, Barnes and Noble, and fine retailers everywhere. Buy today! MEMU Inspires, LLC 978-1733394703

Previous Barnes & Noble Announces 2020 Book of the Year Finalists
Next What’s the Value of a Smile?