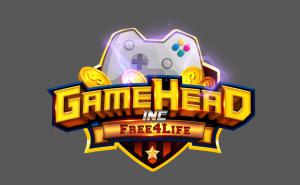 We are asking Democratic & Republican lawmakers to pledge to play in a charity Fortnite® match on 9/25/20 & we will award a $10,000 prize to a constituent of one of the participating lawmakers”
— David E. Zogo, Founder of Game Head Inc.

We ask that Democrats and Republicans contact their constituents in whatever way they usually do, urging them to email their COVID-19 stories. We will award $10,000 to a constituent of the lawmaker who emerges as champion in our charity match on September 25.

Lawmakers and elected officials can make themselves eligible to compete in the charity tournament on behalf of their constituents by sending an e-mail to: charitymatch@gameheadinc.net.

Game Head is an interactive social platform where a community of amateur gamers can build their skill sets while getting paid for their efforts. The company is launching several initiatives in the weeks to come, including a free online competition that will have a cash prize of $2,000 every month up to a total of $32,000. Game Head also endeavors to be a game-changer, providing gamers from the United States to Africa the opportunity to stay physically distanced, socially connected, and monetarily sound.

Entrepreneur David E. Zogo is the founder of New-Rochelle-based Game Head Inc, a free online amateur gaming platform that aims to restore the American dream by connecting people through video games. Zogo, a 22-year old immigrant, also helps organize public policy initiatives for a ride-share company. He is the youngest senior public policy operative in the U.S. David is passionate about political, social, and charitable causes.