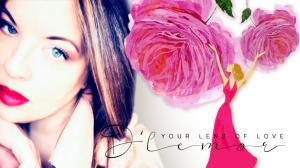 D’Lemor – Inspiring the world with LOVE one song at a time!

The world needs INSPIRATION and LOVE now more than ever!

NEW YORK, NEW YORK, USA, February 2, 2021 /EINPresswire.com/ — D’Lemor, a music artist, poet and a creative visionary has stepped into her soul’s greatness at the perfect time with the release of her single “Shine” in September, 2020 in collaboration with a Six Time Grammy Award Winner Producer / Mixer Brian Vibberts and Glen Gabriel a Swedish composer of films and commercials who has been nominated for three Hollywood Music in Media Awards.

D’Lemor’s lyrics are based on her poetry and her music will truly take you away and allow you to dream once more. At a time where the world is divided, depression and suicide is on the rise and the world is experiencing more challenges than ever before, her soothing outwardly voice and her words of love and inspiration is what every human being should experience.

Her upcoming debut album “Your Lens of Love” carries more than a beautiful title, it is a message and a movement. Her philosophy is to inspire every person to see the world and life through a Lens of Love. D’Lemor’s creations run a wide array of genres, exposing listeners to their own emotions and touching them at the depth of their core. The song “Shine” received rave reviews, which were a testament to the kind of music she wants to share with the world.

“Shine by D’Lemor holds the power to convince you that life is still beautiful and worth living.” ~ Nuevo Culture

“The energy of “Shine” is soul healing. It wraps you up in love and care with such vulnerability you do not want to escape.” ~ New Hit Singles, “

“Shine” is a piece of assured music from an artist who is perceptive and immensely talented and this one song is a promise to us that her album might be one of the best records in the genre that we will hear this year.” ~ Miami Music Buzz

D’Lemor’s passion to inspire others with Beauty, Kindness, Joy and Love is not limited to music. For most of her adult life, she poured her creativity and heart into event and interior design in New York, creating beauty in different forms. This platform allowed her to share the many creative talents she is blessed with. She also began a project called “Spaces of Love” where she transformed surroundings and living environments of children who were ill. Working with children is very dear to her heart and she hopes to continue to impact many more hearts all over the world.

As an independent artist she has financed the production of her first two songs, her second single “A Kiss” will be released on Valentine’s Day, 2021. However due to the current struggles in the world, in order to complete the entire album she has launched a Kickastarter campaign where her supporters can contribute in bringing the album “Your Lens of Love” to fruition.

If you would like to be a supporter of D’Lemor’s message please visit her Kickstarter Donation Campaign.
Every donation receives a beautiful gift from D’Lemor.