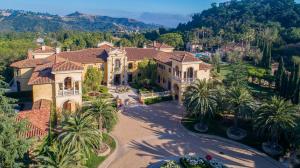 Enter another world at Villa Firenze, where an authentic Italian village has been crafted over the largest assemblage in North Beverly Park, encompassing more than nine pristine acres across three lots. 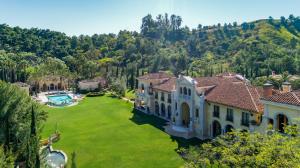 A walking/jogging trail meanders the perimeter of the estate and its sweeping four plus-acre, exceptionally manicured backyard. 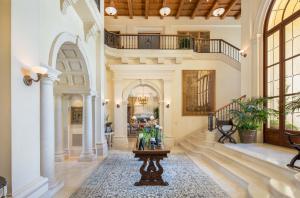 Host lavish parties across 20,000-square-feet of space with large and formal gathering areas, or entertain guests for a weekend staycation at your two-story guest house. 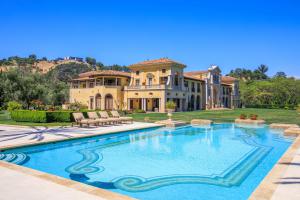 Entertain a slice of European lifestyle with resort amenities galore including a pool with pool house and outdoor tennis court. 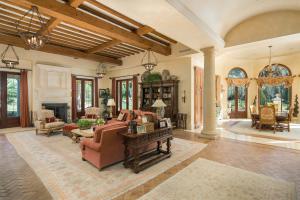 Privacy is paramount at the most exclusive guard-gated community in Los Angeles.

In only 53 days we secured a strong field of bidders—which ultimately resulted in breaking our own previous world record.”
— Chad Roffers, Chairman

NEW YORK, NEW YORK, UNITED STATES, February 8, 2021 /EINPresswire.com/ — Concierge Auctions is pleased to announce that 67 Beverly Park Court in Beverly Hills, California, an authentic Italian village encompassing more than nine pristine acres across three lots in one of the most prestigious communities in the world, is pending sale in cooperation with listing agents Jeff Hyland and Rick Hilton of leading LA-brokerage Hilton & Hyland.

Previously offered for $160 million, the property sold after an active auction on February 2nd. When closed, the sale will mark the highest price ever achieved at auction for a single-family home.

“To the most affluent sellers, time is the ultimate resource,” stated Chad Roffers, chairman. “If a luxury property hasn’t sold within 90 days, it will likely stay on the market for the following 3–5 years, selling for a fraction of the price. In only 53 days we secured a strong field of bidders—which ultimately resulted in breaking our own previous world record—and brought reach, speed, and certainty to our client. Not every seller has the risk tolerance to let the market speak, and it paid off in folds for our client.”

The global exposure generated by Concierge Auctions in the 53 days prior to the sale resulted in over 33,000+ website/page views from 170 countries—led by the United States, Canada, Netherlands, Switzerland, the United Kingdom, Spain, Belgium, Austria, and Germany—1,800+ prospects, 31 showings, and bidders from the United States and China.

Crafted over the largest assemblage in North Beverly Park, the most exclusive guard-gated community in Los Angeles, Villa Firenze encompasses more than nine pristine acres across three lots. Privacy is paramount, where, accessed by its own street, the property’s expansive gates open to an immense courtyard with space for 30 cars, surrounded by lush 40-foot-tall Canary Island palms. An entertainer’s dream, the estate is spread across 20,000-square-feet of space with large and formal gathering areas and complete with three total guest residences. Built by award-winning architect William Hablinski, Villa Firenze encompasses 13 bedrooms and 17 full, and 8 half bathrooms with marble and stone flooring, arched doorways, and multiple fireplaces.

As part of Concierge Auctions’ Key for Key® giving program in partnership with Giveback Homes, the closing of Villa Firenze will result in a new home built for a family in need.

Concierge Auctions offers a commission to the buyers’ representing real estate agent. See Auction Terms and Conditions for full details. For more information or to view all current offerings, visit ConciergeAuctions.com or call +1.212.202.2940.

About Concierge Auctions
Concierge Auctions is the world’s largest luxury real estate auction firm with a state-of-the-art digital marketing, property preview, and bidding platform. The firm matches sellers of one-of-a-kind properties with the most high-net-worth property connoisseurs on the planet. Sellers gain unmatched reach, speed, and certainty. Buyers get incredible deals. Agents earn their commission in 30 days. Since its inception in 2008, Concierge Auctions has generated billions of dollars in sales, broken world records for the highest-priced homes ever achieved at auction, and grown its activity in 44 U.S. states/territories and 29 countries. The firm owns the most comprehensive and intelligent database of high-net-worth real estate buyers and sellers in the industry, and has contributed more than 300 homes to-date as part of its Key for Key® giving program in partnership with Giveback Homes™, which guarantees that for every property the company sells, a new home is funded for a family in need. For more information visit ConciergeAuctions.com.