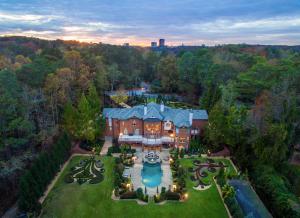 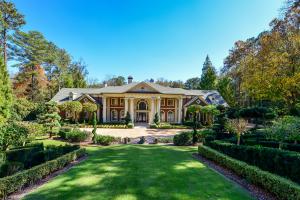 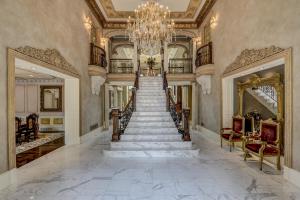 Located in exclusive and affluent Buckhead 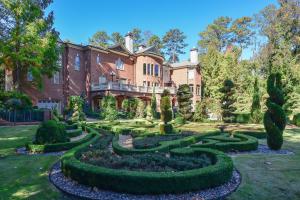 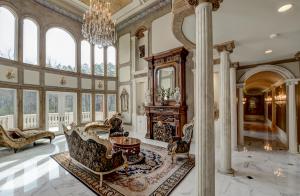 Previously offered for $4.5 million, the property sold on October 29th pre-auction for $3.6 million after just 15 days of auction exposure, after having been listed on and off the traditional market for over 3 years. The global exposure resulted in over 12,000+ website/page views, 596 prospects, 34 open house visitors, and 19 showings by interested buyers.

“This was my first time working with Concierge Auctions, and I cannot recommend their savvy marketing and sales team enough. Together, our combined efforts brought wide attention to this one-of-a-kind estate, ultimately resulting in a pre-auction offer accepted by our seller,” said Sonenshine.

Previously owned by internationally-acclaimed landscape architect Scott Hostetler, most noted for his designs at the Disneyland Hotel in Hong Kong, and formerly owned by three-time Super Bowl Champion Steve Wallace, the home has appeared in countless Hollywood television, film, and music video productions, including filming for networks such as VH1, Bravo, and Lifetime and multiple Grammy-award winning recording artists, including Future and more. Conceived for entertaining on a grand scale, the estate features a two-story great room/ballroom that can accommodate up to 75 guests, soaring 10-plus foot ceilings throughout, and sprawling, manicured, European-style gardens.

As part of Concierge Auctions’ Key for Key® giving program in partnership with Giveback Homes, the closing of Chateau de l’Imaginaire will result in a new home built for a family in need.

Concierge Auctions offers a commission to the buyers’ representing real estate agent. See Auction Terms and Conditions for full details. For more information or to view all current offerings, visit ConciergeAuctions.com or call +1.212.202.2940.

About Concierge Auctions
Concierge Auctions is the largest luxury real estate marketplace in the world, powered by state-of-the-art technology. Since its inception in 2008, the firm has generated billions of dollars in sales, broken world records for the highest-priced homes ever achieved at auction, and is active in 41 U.S. states/territories and 29 countries. Concierge curates the most prestigious properties globally, matches them with qualified buyers, and facilitates transparent, market-driven transactions in an expedited time frame. The firm owns the most comprehensive and intelligent database of high-net-worth real estate buyers and sellers in the industry. As a six-time honoree to the annual Inc. Magazine list of America’s fastest-growing companies, it now joins the Inc5000 Hall of Fame; was named No. 38 on the 2018 Entrepreneur 360™ List recognizing 360 small businesses every year that are mastering the art of and science of growing a business in the areas of impact, innovation, growth, leadership, and business valuation; and has contributed more than 200 homes to-date as part of its Key for Key® giving program in partnership with Giveback Homes™, which guarantees that for every property the company sells, a new home will be built for a family in need. For more information visit conciergeauctions.com.