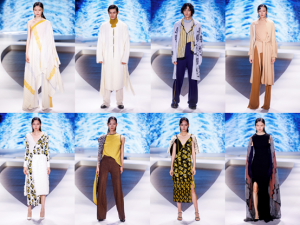 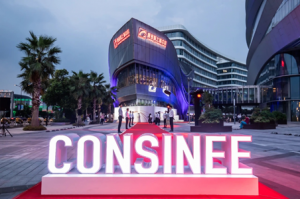 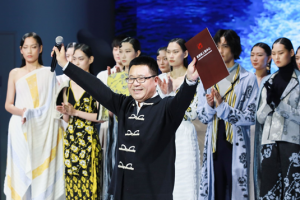 NEW YORK, NY, UNITED STATES, September 28, 2020 /EINPresswire.com/ — Luxury yarns world leader Consinee Group had their New York Fashion Week debut as the first show of the official schedule on Wednesday September 16. Consinee Group’s Chairman Boris Xue was confident that his decision to join NYFW: The Shows at this moment was the right one. “As China’s largest cashmere yarn exporter, I believe I have a duty to show the world what we’re capable of, what the industry is capable of. What better platform than the first fashion week of the post-pandemic era, when all eyes are on New York?” Boris said, “throughout our 20+ year history, we’ve always remained devoted to progress and excellence and it has never been more imperative that we share our story.”

Among the many designers of NYFW this season opting to stream fashion films rather than produce a traditional runway show, Consinee stood out as one of the few who did. The runway video on NYFW’s official streaming platform was of a fashion show that Consinee hosted earlier this month at their newly constructed state of the art Shanghai Center for industry friends. More than 40 contemporary looks crafted with the latest in knitting technology and using only Consinee yarn by award-winning designer Steven Oo were sent down an ark shaped runway while crashing ocean waves undulated across the LED screens framing each models’ entrance and exit. The meticulous attention to detail and ingenious use of cashmere yarn to create full looks from elegant one-pieces to lusciously layered modern separates demonstrated the versatility and ability of Consinee yarn to adapt to fashion trends.

Although this is Consinee’s debut on the NYFW Official Calendar, it is not their first international fashion show. For two consecutive years (2018 and 2019), Consinee Group held large-scale fashion shows at 55 Wall Street in New York City, attracting more than 1000 US and European industry peers and luxury brand representatives and buyers. The shows eloquently demonstrated Consinee’s advanced manufacturing technology and the quality and adaptability of Consinee’s yarn to a range of RTW fashion styles.

“ Consinee has been dedicated to production of premium cashmere yarn for the past 20 years, supplying to hundreds of leading fashion brands worldwide, but we also have a passion for fashion ourselves. Since 2018 we have been presenting original looks at our own runway shows in New York for our industry friends, debuting at NYFW is a natural progression and something we’ve always wanted,” Boris adds, “ We must not be complacent with ‘Made in China’, we must work towards ‘Created in China’.”

As a Chinese enterprise, Consinee Group has evolved in the past two decades to become the supplier of choice for leading brands including Ralph Lauren, Calvin Klein, BURBERRY, HUGO BOSS, Max Mara, CHANEL and Hermes.

In the post-pandemic era of 2020, every corporation must face the myriad challenges and market uncertainties and react quickly, this is especially pertinent for Consinee, which has been export-oriented for 20 years, to that end, Consinee has set into motion a string of new initiatives and maintained old practices that are crucial to the current climate, including a cashmere yarn inventory service, a minimum order amount of one kilogram, a three-week product delivery promise, the world’s first fully digital intelligent unmanned spinning facility developed in collaboration with Siemens, a dedication to sustainable development, creating antibacterial cashmere yarn, advocating for animal rights and protection, and seeking a harmonious joining of man and nature, art and fashion, and tradition with breakthroughs. “The only constant in this world is change, especially for traditional industries like ours.” Boris said.

In recent years, Consinee has made tremendous strides towards building a global brand. Consinee sits on the prestigious Pitti Filati Committee and is the only Asian member brand, responsible for guiding the twice annual yarn industry major event including selection of exhibitors. This September, the Consinee Shanghai Center was unveiled, established with the mission to service brands and designers while also serving as an exhibition hall offering immediate access to Consinee products. Consinee hopes to collaborate with designers and industry associations to host national and international trend and color forecasting events, becoming a pivotal hub for the industry in China where cross-cultural exchanges can be facilitated.

“The world is flat, and fashion knows no boundaries.” Consinee Chairman Boris Xue concluded, “We are hopeful that our participation in NYFW this season is only the beginning of endless possibilities.”