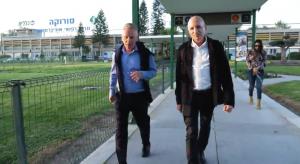 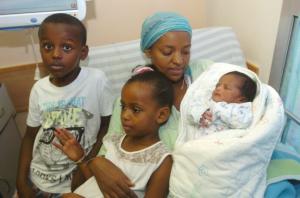 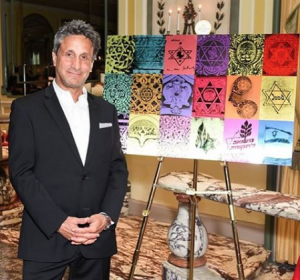 NEW YORK, NY, USA, October 16, 2020 /EINPresswire.com/ — American Friends of Soroka Medical Center (AFSMC) will host the Desert in Bloom Virtual Gala on October 18th, 2020 at 12PM ET to support Soroka Medical Center’s continued efforts to provide excellent and advanced care to the region’s diverse population. From Bedouins to Ethiopians, IDF soldiers to Orthodox Jews, Arabs and more, Soroka exemplifies peaceful coexistence in action, providing premier healthcare for all. The 8th annual gala will also celebrate Soroka’s successes in fostering scientific and medical innovation in the service of saving lives, positioning it as a leader amongst Israeli hospitals and worldwide. The event will feature a unique musical and philanthropic experience with more than 500 guests expected to participate, including a special guest appearance by Oscar, Grammy, Tony, and Golden Globe Award-winning songwriter, Benj Pasek.

The Desert in Bloom Virtual Gala will honor two important innovators. Dr. Michael Hayden is a Killam Professor of Medical Genetics at the University of British Columbia and the recipient of the David Dubinsky Humanitarian Award. He is the CEO of Prilenia Therapeutics, a clinical stage biotech company focused on developing treatments for neurodegenerative diseases like ALS and Huntington’s disease.

Marc Bennett, who has spent his life creating powerful images and stories in print and on film, will receive Soroka’s Healing Arts Award. “I am committed to art and film as visual languages that can entertain, inspire, educate and enlighten as well as be vehicles for positive change and philanthropy worldwide,” remarks Marc Bennett, artist/filmmaker. Bennett’s The History of the Star of David is a time capsule that invites us to discover the centuries-long evolution of the six-pointed star. The History of the Star of David will soon become the focal point for Soroka’s new Comprehensive Cancer Center’s healing garden. It evokes a sense of survival and determination, as well as a celebration of Jewish culture, tradition and faith.

AFSMC will present both live and silent auctions featuring a VIP trip to Israel, Explore Aspen Experience, a retreat to the exclusive Jumby Bay resort in Antigua, Kistler wine, fine jewelry and much more.

Soroka is affiliated with Ben-Gurion University of the Negev and is the primary teaching hospital in BGU’s Faculty of Health Sciences. The physical and organizational connections between Soroka and BGU foster fruitful scientific cooperation among researchers at both institutions with a myriad of collaborations in fields ranging from biology and medical sciences to behavioral sciences and engineering.

From medical breakthroughs like non-invasive liquid biopsy testing to detect advanced lung cancer faster to its COVID-19 pooled testing method, Soroka continues to lead the field with innovation. With the help of its generous supporters, clinical research at Soroka is set to become the most advanced research center championing global and innovative health.

American Friends of Soroka Medical Center is a New York State 501(c)3 nonprofit corporation. AFSMC is a community of individuals, families, foundations and businesses dedicated to supporting the vision and lifesaving work of the Soroka Medical Center. AFSMC educates the U.S. public about Soroka’s medical treatment, breakthrough research and global impact and cultivates philanthropic funding to ensure Soroka can achieve its goals. soroka.org

Soroka Medical Center is Israel’s leading healthcare institution providing world-class healthcare for all. Located in Be’er Sheva, it is the sole medical center in the entire Negev, one of the country’s most diverse and fastest-growing areas. Soroka serves over 1.2 million residents, including over 400,000 children, in a region that comprises 60% of Israel’s land. With two medical schools, a proven record of producing groundbreaking research and life-saving treatments and an extraordinary staff, Soroka offers exceptional healthcare for all, regardless of race, religion, or politics. This unique institution, founded in 1959, exemplifies a deep commitment to outstanding medical care, peaceful coexistence in action and medical research that has a global impact.

Dr. Michael Hayden is best known for his research in Huntington’s disease and was the former President of Global Research and Development and Chief Scientific Officer of TEVA Pharmaceuticals. He has most recently served as Program Director of the Translational Laboratory in Genetic Medicine, Singapore. He is a champion of using the arts to educate and communicate with the public about complex scientific breakthroughs.

Marc Bennett is an artist and filmmaker from Brooklyn, NY and is a member of the Directors Guild of America. Bennett received his education at The Brooklyn Museum Art School, The School of Visual Arts in New York City, and Otis Parsons and Art Center in Los Angeles. Bennett has been honored with awards including; the Art of California Magazine’s “Discovery Award,” the Stamford Art Association’s “Color Award,” and was honored with the World Medal from the New York Festival’s Television Advertising Awards. His artwork has been used to raise funds and awareness for organizations and institutions such as Soroka Medical Center, the Anti-Defamation League, the Simon Wiesenthal Center, and the Museum of Tolerance. starofdavidart.com