Buffalo Bill’s House, Site for Iconic Film “The Silence of The Lambs” Sold Before The Film’s Upcoming 30th Anniversary 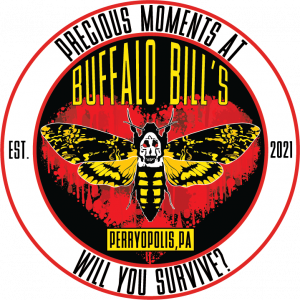 Enter a Contest to Win the Very First Stay at Buffalo Bill’s House!

Enter a Contest to Win the Very First Stay at Buffalo Bill’s House!

Buffalo Bill’s House, the iconic home to the serial killer of the same name in the five-time Academy Award winning film, “The Silence of the Lambs,” has been sold in advance of the 1991 film’s upcoming 30th anniversary on February 14th of this year. The house was on the market since last fall.

Today marks the launch of a contest to win a chance to be the very first to stay at Buffalo Bill’s House. Willing victims can enter for a chance to win an overnight (two consecutive nights) stay for two at the house of the cinematic serial killer.

NOTE: Winners are responsible for their own travel fees and will need to leave a $500 security deposit, copy of credit card & driver’s license for the two night stay;
Security deposit will be returned once the house is assessed for any damage/missing items.

“I was interested in the house first and foremost because I’m a huge horror fan myself,” said new owner, Chris Rowan, who for the past almost ten years has hosted the annual New York City Horror Film Festival (www.nychorrorfest.com) which screens independent horror films. Rowan has personally given awards to noted horror movie icons including Robert Englund (Freddy Krueger from “A Nightmare On Elm Street” series), Rob Zombie (Rock Musician & Director of the 2007 “Halloween” remake and “The Devil’s Rejects”), Adrienne Barbeau (“The Fog,” “Escape from New York,” “Creepshow,” “Swamp Thing”), Tony Todd (“Candyman” and the 1990 remake of “Night of the Living Dead”) and Greg Nicotero (noted Special Effects Artist and Director of “The Walking Dead” TV series).

“I couldn’t believe the house was for sale,” Rowan said. “I jumped at the chance to buy it and can’t wait to open it later this year as a boutique accommodation and cinematic destination. I know film aficionados will also jump at the chance to stay in the house where the audience first meets Buffalo Bill up close.”

He goes on to state that the house would make an ideal site location for future films and cinematic projects. Rowan currently makes a living in the field of film production as an art director and prop stylist.

Buffalo Bill’s House, built in 1910, is a magnificent three-story, four-bedroom Queen Anne Victorian home, which sits on 1.7 acres in the town of Perryopolis, Pennsylvania, about 30 miles outside of Pittsburgh. Most famously, the house is the site of the cinematic climax of the psychological horror film, The Silence of the Lambs. Fans will remember the scene where FBI Agent Clarice Starling (played by Jodie Foster) is met at the front door of Buffalo Bill’s house by the creepy character of the same name (aka Jame Gumb), played by actor Ted Levine.

Fans will not only recognize the famed front doorway of Buffalo Bill’s House but also the exterior of the home, the entry foyer, the dining room, and kitchen leading to the basement, all of which had scenes from The Silence of the Lambs shot in them with the two stars. All parts of the house detailed here appear in the finished cut of the film.

Of course, the burning question any real fan would want to know: is there really a well in the basement, the site of the terrifying film finale where Agent Starling confronts the killer? Sadly there is not, but fans would not be disappointed to know that there is a brick-lined cold cellar downstairs. Scary in itself, it’s certainly a potential site for future visitors and film buffs to put their creepy imaginations to work, or else get the hose again!

Rowan’s future plans for the house include recreating the set of the well with an actual physical well for photo opps, as well as Buffalo Bill’s workshop, complete with a sewing station and dressing mannequins, among other identifiable props from the film. Rowan says he’s open to suggestions and encourages people to share their ideas on the Buffalo Bill’s House website and Facebook page.

Buffalo Bill’s House has retained much of its original charm, and features the original hardwood floors, woodwork, light fixtures, pocket doors, and fireplaces, all in pristine condition. The famed Buffalo Bill’s House also features a wrap around porch and gazebo, a rose bed garden and fountain out front, a 3-car detached garage, a vintage train caboose that sits next to the in-ground pool, and a firepit located on the expansive grounds. The home also sits along the Youghiogheny River and provides beautiful views of the river from the house.

Now doesn’t that sound like a place where you could enjoy dinner with old friends and a nice chianti?