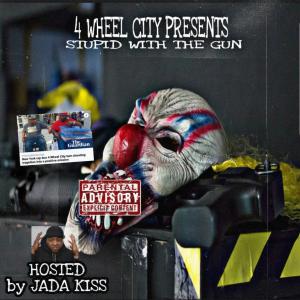 It’s impossible to turn on the news and not see the effects of gun violence. HipHop duo 4 Wheel City, & Jadakiss address this in new song “Stupid With the Gun”.

BRONX, NEW YORK, UNITED STATES, August 14, 2020 /EINPresswire.com/ — Gun violence has devastated many cities and New York is no exception. Acclaimed Hip hop artist 4 Wheel City, victims of gun violence themselves understand this deeply. The remarkably skilled and passionate rap group (and community activists) are both wheelchair bound, focusing their skill and ability to communicate with youth to try to solve this and other problems. In exciting news 4 Wheel City recently announced the release of a new song, an anti gun violence anthem “Stupid With the Gun”. The new song features the legendary Jadakiss, of D-Block and the Lox. Pure street but with a powerful, positive message the new song is certainly timely and could very well save lives.

“Of course this is an issue that is as important to us as it gets,” commented Norris. “Gun violence changed all of our lives and our family’s lives forever. It’s great to see Jada kiss show support and jump on the track.”

Norris, whose rap name is “Tap Waterz” is joined in 4 Wheel City by a second gifted producer and lyricist Ricardo “Rickfire” Velasquez. As 4 Wheel City the duo have performed and made appearances at a very steady pace, being embraced by communities for their story, their message, and their remarkable skill. They’ve received numerous awards for their work, including being inducted into the Susan M. Daniels Disability Mentoring Hall of Fame.

Learn more about “Stupid With the Gun” (https://open.spotify.com/album/1ROoLrEz5APAiq8btQMmRu?si=7cUr0DrNSTaxTVAXNaAuHA)
and other 4 Wheel City releases and merchandise at http://4wheelcity.com.

Previous From the Trench to the Bench Judge Herb Dodell to Appear on Popular Comedy Podcast Letz Get Loud Today at 2pm ET/11am PT
Next Sight, Sound & Story: Live Online with “Behind the Lens with DP John Simmons, ASC” on August 19th