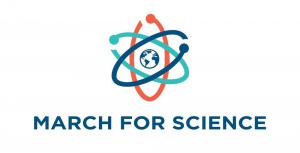 NEW YORK, NEW YORK, USA, October 4, 2020 /EINPresswire.com/ — March For Science (MFS), the Alliance of Small Island States (AOSIS), the Island Resilience Partnership and YOUNGO co-hosted the Island Resilience Forum: SC1.5NCE Not SILENCE – in partnership with Island Innovation, PVBLIC Foundation, and EarthX – on the margins of the United Nations General Assembly. The event was designed to build support for the SC1.5NCE Not SILENCE campaign, which is mobilizing world leaders and national governments to publicly champion the IPCC 1.5C Special Report and to elevate their climate goals to reflect the Report.

During the Island Resilience Forum, it was announced that Belize, Antigua and Barbuda, Fiji, Nauru, Norway, Papua New Guinea, Republic of Maldives, Republic of Marshall Islands, the Seychelles, St. Lucia, Timor Leste, Tonga, and Tuvalu had formally joined the SC1.5NCE Not SILENCE campaign.

Launched by the Independent State of Samoa, March For Science, and the Island Resilience Partnership in Madrid at COP25, the SC1.5NCE Not SILENCE campaign was created in response to the IPCC 1.5C Special Report being blocked from being formally welcomed at the United Nations Framework Convention on Climate Change (UNFCCC).

“As the global community confronts the dual existential threats of the climate crisis and coronavirus, it is imperative that the world unites behind the science and scales proven partnerships to achieve transformative progress,” said Prime Minister Tuilaepa Aiono Sailele Malielegaoi from the Independent State of Samoa during the Island Resilience Forum. “I encourage other countries to publicly support the IPCC 1.5C Special Report heading into COP26 and join the SC1.5NCE Not SILENCE campaign so that we can collectively strengthen global resilience before it is too late.”

Last month on International Youth Day, YOUNGO – the official youth constituency of the UNFCCC – announced that it had joined the SC1.5NCE Not SILENCE campaign as a co-organizing partner.

“The IPCC 1.5C Special Report has been blocked at COP24 and COP25 from being formally welcomed and used to inform international climate change negotiations. This is unacceptable,” said Heeta Lakhani, YOUNGO Focal Point from the Global South. “That is why youth leaders across the globe must work with their governments to secure political support for the 1.5C Special Report so that COP26 does not have the same shameful fate,” said Marie-Claire Graf, YOUNGO Focal Point from the Global North.

Given the historic role of island leaders championing increased climate ambition, AOSIS also joined the SC1.5NCE Not SILENCE as an official co-organizing partner of the campaign and was instrumental in securing the support of nations during the Island Resilience Forum.

“Momentum is growing and we hope to see new and revised climate plans also emerge this year aligned with the findings of the 1.5C Special Report. This in turn will invigorate stronger political support for actions at COP 26 that reflect the Report’s urgency,” said Ambassador Janine Felson, Deputy Chair of AOSIS. “These are critical steps in ensuring that we achieve global net neutrality by 2050.”
Unfortunately, an internationally coordinated campaign to undermine climate science has blocked the IPCC 1.5C Special Report from being formally welcomed by the United Nations, which oversees climate change negotiations. Fortunately, yesterday’s global response is building momentum and tangible support for the SC1.5NCE Not SILENCE movement heading into COP26 in Glasgow next November.
“When March For Science launched on Earth Day in 2017 with public demonstrations in more than 600 cities around the world, ‘unite behind the science’ was one of the original rallying cries,” said Matt Tranchin, President of March For Science. “The IPCC 1.5C Special Report has given the world something to rally around – conclusive evidence that the climate crisis required countries to take urgent action to avert the worst impacts of climate change.”
For governments interested in participating in the SC1.5NCE Not SILENCE campaign, officials are encouraged to fill out this form to join the movement. Please email Matt Tranchin at tranchin@marchforscience.com if you have any further questions.

About AOSIS:
AOSIS is a coalition of 44 small island and low-lying coastal developing states, including five observers. As a voice for the vulnerable, its mandate is more than amplifying marginalized voices as it also advocates for these countries’ interests.

About March For Science:
March For Science is a global community of science supporters committed to building a more sustainable, just world. Our mission is to mobilize advocates across the globe in support of evidence-based, science-informed public policies.

About YOUNGO:
YOUNGO is the Youth Constituency of the UNFCCC. It consists of youth-led organizations, groups, delegations, and individuals working in climate change-related fields. YOUNGO runs various Working Groups focused on specific aspects of climate change within the UNFCCC negotiations while ensuring that the perspectives of young and future generations are taken into account in the multilateral decision-making processes.

If you would like more information on YOUNGO, contact Heeta Lakhani at heeta.lakhani@unmgcy.org / Marie-Claire Graf at marie-claire.graf@unmgcy.org